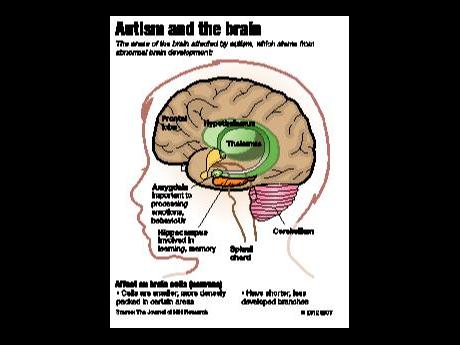 According to Jamaica Autism Support Association (JASA) over the last decade, the prevalence of children with autism has increased worldwide. From a prevalence of one child in every 2,000 births two or three decades ago, scientists were alarmed to find that the condition occurred in one in every 150 births in 2007. More recent medical studies using parents' reports of their children suggested that one child with autism is born in every 91 births. As autism is four to five times more common in boys, this means that one in every 58 boys is born with autism.

According to JASA, autism is now the most prevalent developmental disorder of childhood. The organisation states that in response to the new finding, Autism Speaks, the USA's largest autism science and advocacy organisation stated that the new findings reinforced the urgency of autism as a major public health crisis requiring intensified action from the public and private sectors. The Centres for Disease Control (CDC) in the USA has called autism a national public health crisis for which we still need effective treatments and whose causes need to be better understood, according to JASA.

JASA also notes that professionals who work with autism in Jamaica have noticed the increasing cases of autism over the last few years. Using the data from the USA, Jamaica would have approximately 500 births per year, the organisation states. Many are undiagnosed because of limited parental knowledge about this condition and limited knowledge among educators and physicians. There are also limited facilities for treatment.