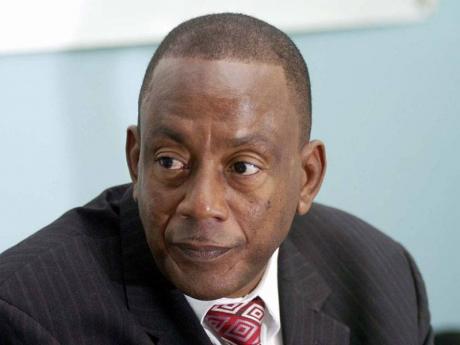 Montego Bay's new mayor, Councillor Glendon Harris, is proposing the establishment of a 'house tax' to address the financial haemorrhaging caused by the non-payment of taxes, especially in the parish's 19 unplanned communities.

"This is something we are very concerned about here at the St James Parish Council," Harris told The Gleaner yesterday. "Residents in these unplanned areas have a right to garbage collection, street lights and other amenities so they must be made to pay their share of the taxes."

According to information secured from the council, it is losing approximately $285.2 million annually in uncollected revenue, especially through the non-collection of property taxes, building fees and other municipal charges.

"Through the proposed 'house tax', if we get the 40,000 householders in the parish's 19 unplanned communities to pay, that would be a tidy sum for the council," said Harris.

In addition to the informal settlers, some members of the formal communities are also not paying as, based on council figures, the overall rate of non-compliance is 55 per cent, which means the council is collecting less than half its potential revenue.

"It is unfair to have only some people paying," said Harris. "We are presently exploring ways to get a higher level of compliance."

While not giving a timetable, the mayor said he was looking to establish a motorcycle patrol to go out into the communities to engage and encourage people to pay their land taxes.

According to the last set of tax figures, to cover the year 2010, the council collected only a mere $233.4 million in property taxes when, based on the number of properties that fall into the tax net, the amount that should have been collected is $518.6 million.

The council will also be taking steps to fully maximise its assets, especially in regard to real estate that has been taken over by squatters.

"We will be meeting with the people now occupying council lands near the St James Infirmary (in Albion) with a view to regularising their occupation," Harris said. "We will be doing much the same thing with the council's lands at Bogue."

So as to completely stop the haemorrhaging, the mayor said a vigorous campaign would also be launched to deal with illegal billboards and other illicit activities with a view to mapping revenue loss in those areas.