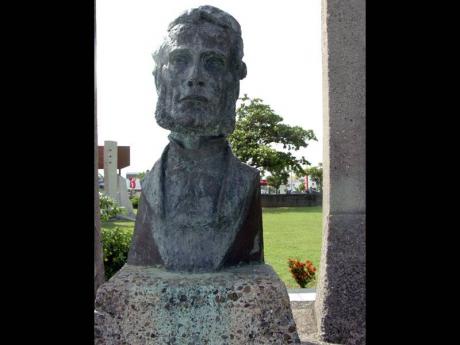 Was George William Gordon a terrorist?

That was one of the many thought-provoking questions put forward by Professor David Rowe during a recent presentation on the trial, conviction and execution of the national hero.

Rowe and a team from the University of Miami School of Law presented various points on the topic, including the application of current local and United States law to Gordon's case.

"Using the al-Qaida ... analysis that the US Justice Department has been using, if (Paul) Bogle was a terrorist, so was Gordon," argued Rowe during the discussion which took place at Norman Manley Law School on the University of the West Indies' Mona campus.

He quickly added that such a determination was subject to interpretation.

Gordon was charged with high treason and sedition for having complicity with certain persons in the insurrection at Morant Bay. Treason covers acts of betrayal against country, while sedition involves overt conduct tending towards insurrection against the established order, as deemed by the State.

One of the presenters, Niyala Harrison, opined that legislation like the Patriot Act, borne out of the September 11 terror attacks in the US, has slowly eaten away at due process rights.

"If we apply George William Gordon to that definition (under the act), then we could consider him a terrorist but I think the question is the extent to which the terrorist label, labelling somebody as a terrorist, justifies procedural due process infringements," she said. Harrison argued that today, Gordon's defence attorneys would certainly make procedural due-process arguments and ask for a public trial. She also felt that they would have gone for a trial by jury, considering the magnitude of the alleged crime.

"A determination by a single judge could satisfy due process for a minor crime, but not for the one that Gordon was accused of."

She also posed the question whether Gordon had received "too speedy" a trial.

"Even if he was a threat to national security, as the British alleged, just his detention alone could have alleviated that threat. The use of power and authority by Governor (Edward) Eyre was excessive," she said.

It was agreed that Gordon's trial was unfair in part because he received no due process, was not allowed to call any witnesses and Bogle himself told authorities Gordon had nothing to do with the rebellion. There was some debate, though, as to whether the warrant issued for his arrest under martial law in Portland and St Thomas should not have been served in a civil jurisdiction in Kingston, where Gordon was at the time of the Morant Bay Rebellion.