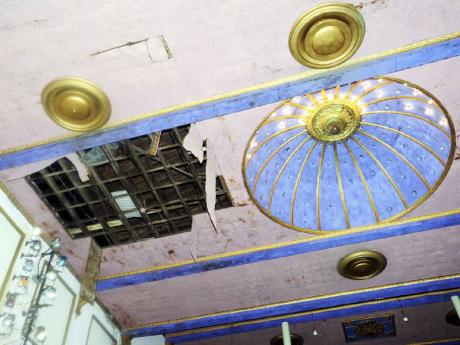 The damaged ceiling of Ward Theatre. 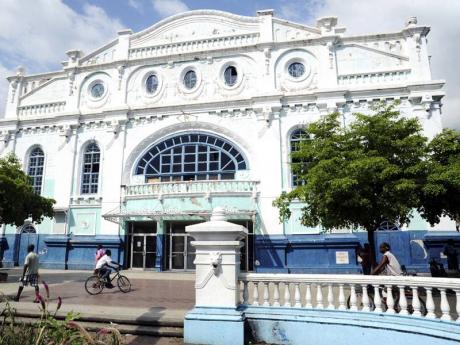 CULTURE MINISTER Lisa Hanna is coming to the rescue of the ailing Ward Theatre in downtown Kingston.

More than four months after The Gleaner, through its Destination Downtown feature, highlighted the plight of the iconic theatre and the need for US$6.9 million to restore it, the death of Ruby Martin, the long-time chair of the Ward Foundation, has prompted the Government to act.

According to Hanna, following a recent meeting with Martin, it was recognised that the Ward Theatre needs to be placed on a firm footing for restoration and sustainable maintenance.

To achieve this, Hanna is to propose to Cabinet a plan to position the theatre as a division of the Jamaica National Heritage Trust (JNHT).

"As a national monument, it is the ministry's belief that this move will provide the Ward with an ongoing programme of maintenance and oversight, similar to what now happens in the case of the Seville Great House in St Ann," said Hanna.

In addition, positioning the Ward within the framework of the operations of the JNHT will allow the state agency to seek funding for its restoration, again similar to Seville.

Hanna is also planning to have discussions with recently installed mayor of the Kingston and St Andrew Corporation, Angela Brown Burke, to resolve the issue of the Ward's restoration and sustainable maintenance.

"This is in recognition that the KSAC has 'custodianship' of the Ward Theatre from the time it was donated to the people of Jamaica by Colonel Ward in 1912," said Hanna.

She said the Ministry of Culture is also in touch with the Kingston Restoration Company to ensure the plan to create a culture and heritage zone, as part of the restoration of downtown Kingston, will include the Ward Theatre as a centrepiece of that programme.

Hanna also paid tribute to Martin who she described as, "one of those Jamaican women of substance whose love of her country and people was manifested in tireless devotion and commitment to national development".