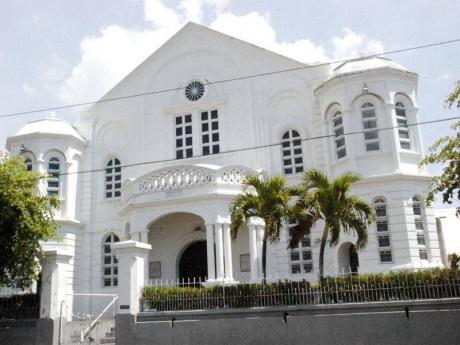 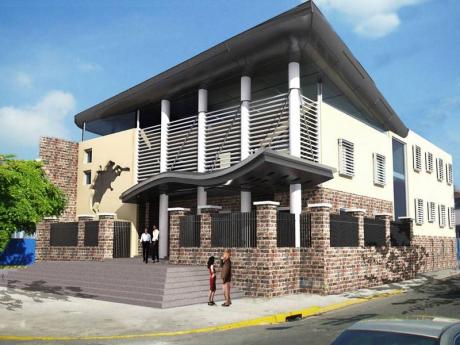 Simon Bolivar building, an artist's impression of the completed structure. 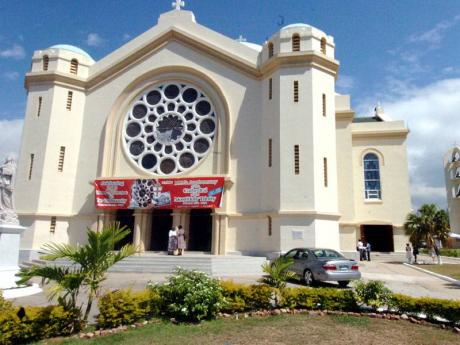 THE CITY of Kingston today is a reflection of its historic past. The architecture represents more than 200 years of Jamaican history, reflected in buildings such as Headquarters House, Holy Trinity Cathedral, Kingston Parish Church, Coke Methodist, Liberty Hall, the Jewish Synagogue, the Ward Theatre and the Institute of Jamaica.

Over the years, Kingston's inhabitants have settled as far away as the Liguanea plains. This expansion has been due to an increase in the population and a steady inflow from rural to urban migration. As the city grew, the population in the city moved further north and many original residential structures were converted to offices and other commercial purposes.

In the 1960s, New Kingston was developed as an office node and the old business district of the City of Kingston became neglected. In an effort to revitalise the old city core as an important commercial and administrative centre, the Government created the Kingston Waterfront Redevelopment Company in 1967. This initiative led to the dismantling of the finger piers, closure of the adjacent warehouses, and the construction of a new waterfront highway, Ocean Boulevard. It also produced a series of multi-storey buildings along the waterfront, including the a hotel and apartment complex, shopping arcades, as well as the Bank of Nova Scotia, the Air Jamaica Headquarters and the Bank of Jamaica.

Also located on the waterfront is the Jamaica Conference Centre. Erected in 1981, it is owned by the Government and managed by the Urban Development Corporation. Although built according to the specifications and standards of the United Nations, it is uniquely Jamaican. Local materials and craft items have been used to enhance its architecture. The centre comprises several conference rooms, committee and caucus rooms, restaurants, lounges, a secretariat building and a multi-level parking facility.

The Kingston Restoration Company, established in 1983, has also been instrumental in restoration of older buildings and the establishment of new structures. The central government has also assisted with tax incentives for construction in the downtown area. Three major projects on Harbour Street have resulted - the headquarters of the Industrial Commercial Developments (ICD) Group owned by the Matalon family, the headquarters of Grace, Kennedy & Company, one of the Caribbean's largest and most dynamic corporate entities, and the Jamaica Stock Exchange in the restored former headquarters of the United Fruit Company which was the largest firm in Jamaica before World War II.

The Urban Development Corporation and the Kingston City Centre Improvement Company have also been actively involved in developing certain sections of Kingston such as the St William Grant Park, the Transport Centre and the Simon Bolivar Cultural Centre as part of a far-reaching redevelopment plan for the city of Kingston. The historic landmark, Coronation Market has also been refurbished. The funding for this project was provided by regional telecommunications giant Digicel, which is also constructing the company's head office on the waterfront in downtown Kingston.

Interestingly, the Ordnance Yard and Wharf, which was used to unload and store military supplies, was sited on the exact location of the Digicel head office construction. A number of cannon and cannonballs were recovered from the site during construction.

Kingston's historicity and architectural language have developed over the years to establish it as distinctly Caribbean. As a cityscape influenced by the colonisers of the period, and climatic factors; the declaration as national monument of certain areas in Downtown Kingston will maintain the architectural and urban character of the streetscapes and the forms of the building such as the use of the colonnades along King, Harbour, and Princess streets to modify the climate and enhance the experience of the pedestrian. Added to this, the eclecticism of the architecture in the city forms an educational platform for students of architecture and history and should, therefore, be preserved for posterity.