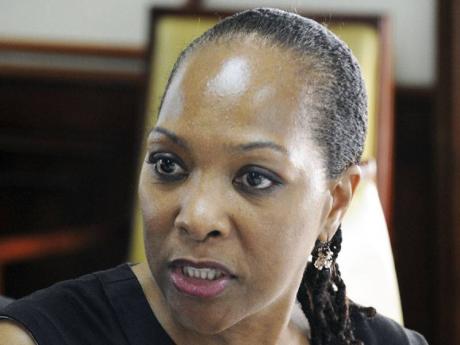 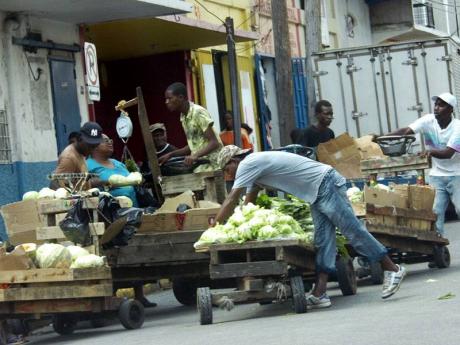 THE REDEVELOPMENT of downtown Kingston will only succeed if the interests of small businesses are at the heart of plans, says president of the Micro, Small and Medium-Sized Enterprises Alliance, Professor Rosalea Hamilton.

Speaking at a recent Gleaner Editor's Forum at the newspaper's North Street offices, Hamilton also said not enough support is being given to small businesses, and more initiatives should be developed to address this.

"There is not enough being done to specifically target small businesses downtown and reposition them in the new development thrust that's taking place," she told other members of the forum's panel, made up of small-business operators, Gleaner editors and reporters.

"If the concerns and needs of small businesses are not addressed, it raises the fundamental question as to whether there will be social stability and peace in a context where these big developments are taking place. These businesses are hand-to-mouth without the kinds of assistance that other bigger businesses are getting to reposition their businesses downtown, and the related kinds of incentives and assistance that they get as part of the status quo."

Hamilton added that there needed to be greater sensitivity to the operational challenges of small businesses in downtown Kingston and called for creative thinking and a fresh perspective on how small and informal businesses can be incorporated into the wider plans for development.

"Issues have been raised about the handcart men who are taking away the garbage. Rather than seeing the handcart men as simply nasty and wicked to dump the garbage arbitrarily in places where they ought not to, perhaps a more positive perspective on that is to see them as providing a service to small businesses who cannot afford the official trucks," she said.

"They can be trained, and we can get the handcart men to be ambassadors of keeping downtown clean. To me, those are the kinds of initiatives that suggest sensitivity to the realities of small businesses and if viewed positively, rather than negatively, we see how we can turn this into an income-earning activity in this era of jobs and also address the fundamental problem of cleanliness."

There was consensus on Hamilton's stance, with another member of the forum's panel, Bernard Williams of the Kingston-based Care Furniture Limited, adding that downtown needs a new facelift.

"In a lot of the cases, the redevelopment always neglects the so-called 'small people' in the area," he argued, and said that they should be brought into the picture. Not only that, redevelopment should keep pace with the changing times, he said, and the city needs cleaning.

"The thing is, downtown was built and the facilities for the storage and what have you was 50 years ago. Things have changed and there's no implementation of new things."

But there is hope for city Kingston. With the Digicel building going up and with some old dilapidated structures now being cleaned, he said, "things start to look a little better".