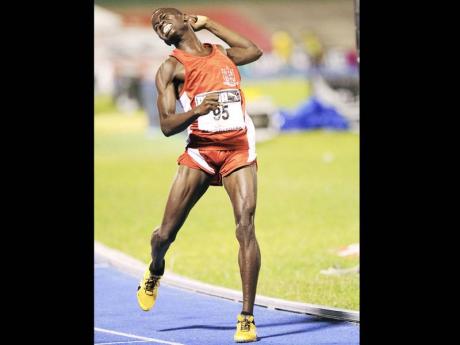 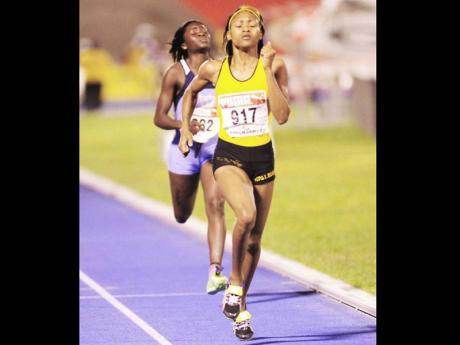 Widely regarded the world over as an authority in international sprinting, Jamaica is beginning to turn the screws in less conventional disciplines such as throwing and middle-distance events.

The programmes at Calabar and Edwin Allen High schools have certainly given birth to the island's most impressive batch of young throwers in recent years, but the middle-distance athletes are making some noise of their own.

The excellent pair of Natoya Goule and Kemoy Campbell, who are now both based at tertiary institutions in the United States, dominated the scene across the region for years, but a new school of promising middle-distance athletes have emerged, led by Spalding High's Simoya Campbell.

Over the weekend, Jamaica won all of the 1500m finals and all but one of the 800m finals at the Carifta Games.

St Jago's Pennant and emerging Papine High star, James are knocking on the door, after particularly strong showings over the past weekend.

Pennant, one of the St Jago students who missed the ISSA/GraceKennedy Boys and Girls' Athletics Championships because of registration problems, also won the 3000m Carifta Games gold medal on Saturday and is hoping to one day become a source of inspiration for future Jamaican middle-distance athletes.

"I want to be even better than him (Kemoy Campbell) because in Jamaica we don't have much distant runners and so I want to be one of the persons that motivate others to get involved in distant running," said Pennant after his win. "I have been training hard, my teammates have been motivating me, I came here and did it and I am very proud of myself and I know they are proud of me as well."

James, became the first and second 'Champs' gold medallist for her school after taking the 400m/800m double a few weeks ago, and she took her form to Bermuda, dominating her peers in her less fancied 800m, mining gold on her first opportunity in a Jamaica uniform.

"I am proud of myself knowing that it's my first time representing Jamaica and I managed to represent the country well," said James. "It didn't really come to mind that I was going to win, normally my first year at anything I don't do well."