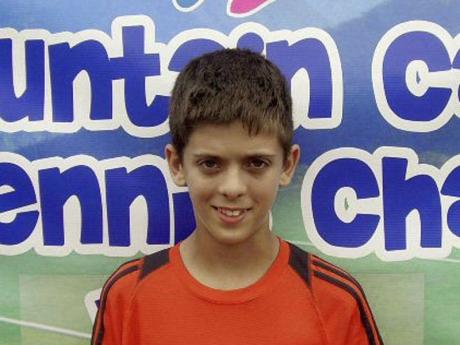 Even before touching down in Jamaica for the first time, reigning Under-10 and Under-12 Cayman Islands tennis champions, Callum Theaker and Daniel Reid, have had their minds focused on playing some of Jamaica's top tennis players.

The two, who recently competed on the Cayman Islands PWC Junior Tennis Circuit, with Reid beating Theaker in the semi-finals of the 14-and-under category before going on to win the finals. They are excited about participating in the Blue Mountain Caribbean Open Junior Tennis Tournament.

Meanwhile, Theaker said he is working on improving his shots and his technique is coming together.

"I expect to perform well against the Jamaicans and the other players from the other Caribbean Islands," Theaker said.

Rob Seward, coach of the Cayman Islands tennis team, said they are thrilled to be playing in Jamaica for the first time.

"We wish we could have brought more players, but it's the Easter holidays and some had prior arrangements. We are using this tournament as a building block and, hopefully, by next year we can bring two teams," Seward said.

The Blue Mountain Caribbean Open Junior Tennis Championship, served off at the Liguanea Club, New Kingston, on Monday and is set to conclude on Saturday. It will host teams from the Cayman Islands, Barbados, St. Lucia, Trinidad and Tobago and Jamaica.

The tournament will take the format of the 'Brandon and Phillips Junior Tennis Tournament' that was held in Jamaica from 1948 to 1992. It will include a team event with four boys and four girls, aged 16- and-under from each country as well as Under-14 and Under-12 open event.