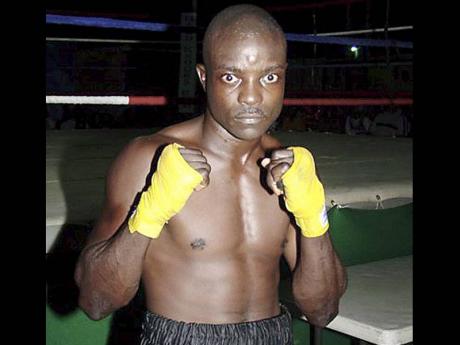 Wray & Nephew Contender boxing fans are in for a treat tonight, as two of the most exciting fighters in the 16-week, made-for-television boxing series, Ramel 'Sub Zero' Lewis and Glenroy 'Bumpy' Beckford, will clash in the first of four quarter- finals at the Chinese Benevolent Association auditorium.

Fight time is 8:30 with an amateur bout, and the live television broadcast of the feature encounter starts at 9:30.

After eight weeks of preliminary fights, the 16-man field has now been reduced to eight boxers and, following the draw last week, the match-ups were made. Spectators could not have asked for a more exciting first fight in the quarters.

Promoter MJK Productions, sponsors J. Wray and Nephew, Foska Oats and TVJ, and the Jamaica Boxing Board, which sanctions the series, were happy after the draw.

Tonight's fight promises to be a slugfest, as both men are cut from an aggressive mould. In his preliminary fight, Lewis and his opponent Derrick Spencer, engaged in the most exciting fight of the series so far.

It was six rounds of non-stop action before Lewis prevailed by way of a unanimous decision.

Beckford was also involved in an interesting encounter, but when he unleashed his power punches on his opponent, Dean Palmer, things got so hot for Palmer that he held on for dear life through several rounds to avoid being knocked out, and was finally disqualified by the referee.

Tonight it will undoubtedly be a no-holds-barred encounter and, for as long as it lasts, spectators should be on their feet cheering wildly, and there is no doubt that sparks will fly.

There will be two amateur preliminary bouts on the card tonight, one of which will be televised in place of the weekly challenges for participating boxers.