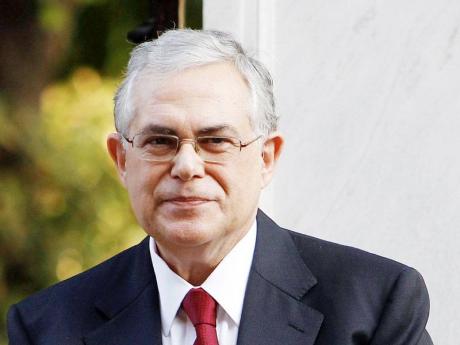 Greece's prime minister on Wednesday called a general election for May 6, after his coalition government pushed through landmark financial relief deals that rescued the country from the threat of bankruptcy, but condemned his recession-hit countrymen to greater hardship.

Lucas Papademos, a former vice-president of the European Central Bank, was appointed premier in November and spent five months pushing through harsh austerity measures in order to secure a vital international bailout and a major debt relief deal with banks.

"The main goals of our government were achieved," Papademos told a Cabinet meeting, according to a government transcript seen by The Associated Press. "But to complete and secure the effort to right the economy, important decisions have to be taken immediately."

He said these included a new austerity programme from 2013-16, implementation of cutbacks and structural reforms "needed for the Greek economy to grow viably and for the country to remain within the eurozone".

Opinion polls have indicated that no party will be able to win the majority needed to govern alone, but it remains unclear whether the country's main political leaders will agree to a new power-sharing deal.

The government will remain in office until the elections to ensure implementation of legislated reforms, Papademos told his Cabinet.

Papademos said one major outstanding issue is the recapitalisation of Greece's banks, which were hard-hit by the country's privately held debt writedown that cut the face value of their Greek bond holdings by more than half through a massive swap deal.

A government official said the Cabinet passed an act of legislation that gives the state the option to issue guarantees allowing domestic banks to register the worth of their Greek bonds at face rather than market value, which is considerably lower.

The official, who spoke on cus-tomary condition of anonymity, also said the take-up for the bond swap has reached 96.6 per cent of the bonds involved, which are worth a total €205.5 billion (US$270 billion).