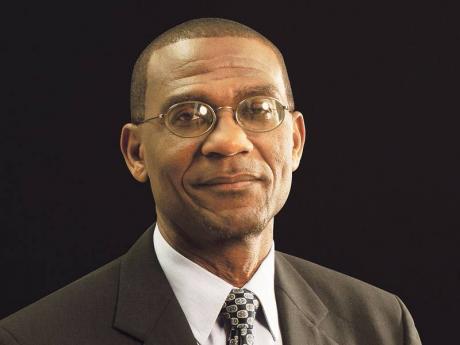 A MEMBER of Parliament (MP) who spent the last two weeks as a patient at the Kingston Public Hospital (KPH) has described the care at the facility as top-class, but says more must be done to improve the state of the plant.

Dr Lynvale Bloomfield, MP for East Portland, was yesterday discharged from the hospital after spending two weeks at the facility. He underwent an operation to repair a broken hip bone.

A medical doctor by profession, Bloomfield won East Portland for the People's National Party in his first outing as a parliamentary candidate.

Still to make his debut presentation in the House of Representatives, Bloomfield, 52, was sidelined late last month after falling in his constituency, injuring his hip.

He told The Gleaner that his decision to seek treatment at KPH was due to the confidence he has in the ability of the staff to deliver high-quality care.

"The nurses are doing yeoman service here in this hospital, as well as the other auxiliary/paramedical staff, but the physical plant certainly militates against that service," Bloomfield said.

Lyttleton Shirley, head of the South East Regional Health Authority under which KPH falls, said he was not surprised by the commendations given to the service by Bloomfield. He added, however, that despite limited resources, the management of the 250-year-old facility has been working to make it more aesthetically pleasing.

Shirley has said the budget for the upcoming financial year contains a provision for the painting of the walls of some of the hospital's blocks. He said the main focus was on getting adequate staffing and proper equipment.