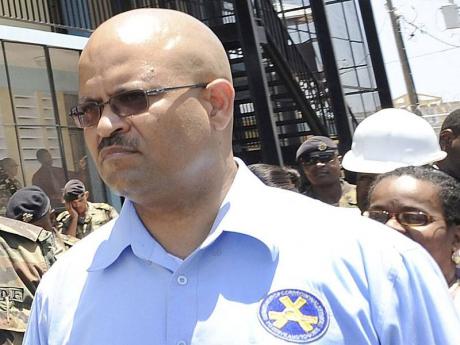 Investigators from the Independent Commission of Investigations (INDECOM) will be heading back to the Jamaica Defence Force (JDF) headquarters at Up Park Camp in St Andrew today to view hours of video recordings captured at the Horizon Adult Remand Centre around the time six high-profile inmates claimed they were abused by soldiers.

In addition, Kahmile Reid, senior public relations officer at INDECOM, said her office has received a copy of the medical certificate for one of the inmates, Leighton 'Livity' Coke, and copies of the medical journal for the others.

Reid declined to discuss the contents of the medical records, but said they would help determine if the claims made by the inmates are true.

These developments come just over a month after the inmates - Coke, Kevin Tyndale, Christopher Linton, Joel Andem, Tesha Miller and Michael McLean - claimed they were beaten by soldiers manning the high-risk Security Post 11 at the Spanish Town Road-based prison.

"I can't say if we are close (to the end of the investigation) or not, but we are moving in the right direction," Reid told The Gleaner yesterday.

She said investigators from her office started viewing the video recordings last week after they were made available by the JDF.

The JDF and the Department of Correctional Services have denied the claims made by the inmates.

"When they turn to violence and steer the violence towards our staff, then we have confrontations and sometimes that results in injuries," Prendergast said last month.