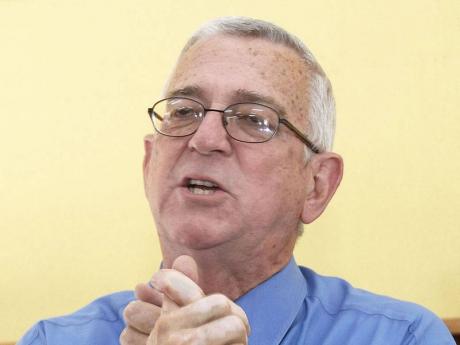 Education Minister Ronald Thwaites has commended the Jamaica Teachers' Association (JTA) for placing mathematics at the forefront of its three-day annual conference, which is now taking place at the Hilton Rose Hall Resort and Spa in Montego Bay, St James.

The conference, which started on Tuesday, is being staged under the theme 'Mathematics Education in Jamaica: Conquering Frontiers, Providing Solutions'.

Speaking against the backdrop of the continued poor performance of students in mathematics at the primary and secondary levels, Thwaites said it was not acceptable that less than 50 per cent of students who sat mathematics in the Grade Four Literacy Test gained mastery.

Said Thwaites: "The results of the GSAT (Grade Six Achievement Test) examination showed a deficiency of 40 per cent, which is no point of comfort; and the CSEC (Caribbean Secondary Education Certificate) result in mathematics paints an even more gruesome picture."

Thwaites nonetheless said he was heartened by the fact that the teachers were cognisant of their role in the process of transformation of the education system, which included capacity building to equip them to better impart knowledge to the students.

"Also, I am very glad that you are looking at the quality and training of the teachers of mathematics and one understands that there has to be an adept preparation of those who will be trained for teaching mathematics," the education minister said.

"I trust also that you will look at the methodologies of teaching mathematics and be sure that you are attracting the students bearing in mind their own life experience," continued Thwaites.

He said it was most appropriate that the JTA has sought this year to place in the forefront mathematics education as its contribution to the transformation process.

Thwaites went on to urge the teachers to seek to adopt creative ways of teaching mathematics that will spur greater interest and participation from students.