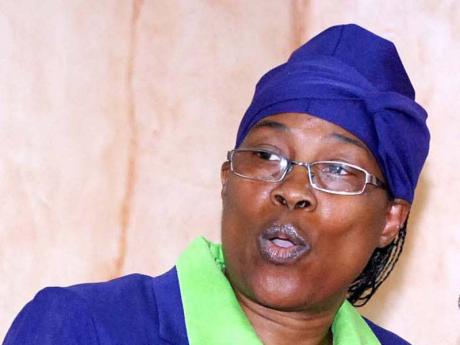 Sex offences dominated the list of 36 cases that are down to be tried in the Easter session of the St James Circuit Court, which had its ceremonial opening and first sitting yesterday in Montego Bay, St James.

Of the sex offence cases listed, seven are carnal and three incest. Interestingly, the current listing is a case of déjà vu as in the previous Circuit Court session, the Michaelmas session last September, 19 of the 32 cases were sex offences.

Murders and shootings played second fiddle to sex offences. There was a slight increase in murder cases, which numbered nine at the start of this session, compared with September's seven.

Weighing in on sexually related cases, noted western Jamaica-based child counsellor Dr Beverley Scott said there has been an increase in carnal abuse and incest cases within recent times, pointing to recent child sexual abuse revelations, which came up in a report from the Centre for the Investigation of Sexual Offences and Child Abuse.

"There is more talk about sex out there and more sexual perversion," said Scott. "When children are exposed, they are made more vulnerable. Sometimes they're the ones who initiate it, despite their age, because they're so sexually aware and their peers are involved sexually."

Scott said that based on her own research, there are fewer cases of incest and carnal abuse today compared with 20 years ago. This she attributes to the increase in knowledge among the population.

"People are more aware of the new Sexual Offences Act and the Child Care and Protection Act, and if you know of any instance of children being molested and you don't report it, you can be charged up to $500,000," said Scott.

"People can call the Children's Registry, and you don't have to identify yourself," noted Scott. "People can call, investigations can be done, and people are more free to make reports."

Scott is worried that not enough is being done to curb the various myths that drive older men to have sexual relations with children, such as the view that sex with virgins will cure sexually transmitted infections.

"I don't think enough is being done. I think the health ministry should start to put out jingles and things to address situations like those," she said. "I think they should put some of those out there so children and adults can see and become aware."