I dream of a 'Kingston' 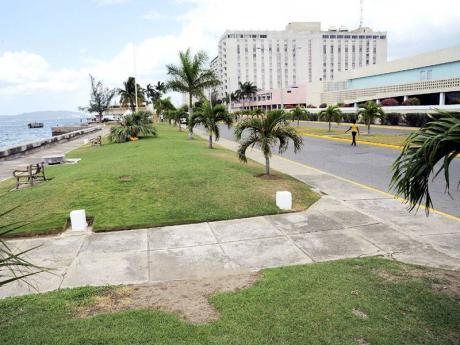 A section of the beautiful Kingston waterfront. 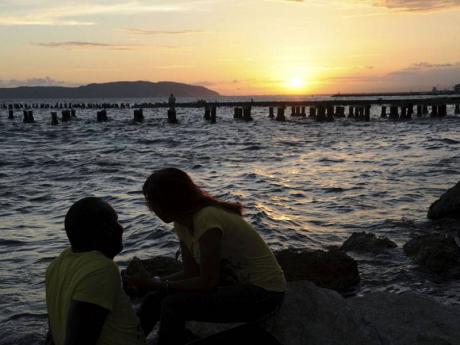 A couple watches the sunset on the Kingston waterfront.
1
2

The following is a presentation made by Gleaner Managing Director Christopher Barnes to downtown Kingston stakeholders on the 140th anniversary of the capital city yesterday.

THE GLEANER, being older than the city itself, is a proud and vibrant member of the downtown community, and we remain committed to the development of the city as Kingston celebrates its 140th anniversary. We are here today, and in the coming months through our media products, to make noise about another fantastic achievement this year, which is competing with Jamaica 50 for air time, but is phenomenal in its own right.

We believe that, as the capital, much needs to be done, and should be done, to re-establish downtown as Jamaica's commercial and cultural centre. Indeed, Kingston is the home of one of the oldest theatre houses in the region - the Ward Theatre (I pause to pay respect to Ruby Martin, a staunch advocate for the restoration of the theatre, who passed this weekend). Kingston is the centre for art and art lovers with the National Gallery. Kingston is still the place of major research and historical documentation with the National Library and, yes, through our very own Gleaner Archives.

Kingston is a centre for rich historical architecture; we need to rebuild and/or restore Kingston's buildings to former glory. The richness of downtown's offerings is numerous and needs to be trumpeted.

Today, we recognise the residents of downtown who play an important role in the life of the city, keeping the market district alive and supporting businesses downtown; and we also celebrate the commercial institutions and organisations which stimulate commercial activity in the city. We are grateful to those venerable institutions which have remained downtown over the years, and applaud those which are making the shift, having seen a vision of downtown achieving its full potential. This new energy will no doubt be contagious and will be a catalyst in the transformation process so badly needed. Already you can see it.

It would be remiss of me not not make mention of and celebrate the relevant authorities who have had a hand in making downtown safer over the years. I often tell folks that I feel safer down here than I do uptown.

We still have a far way to go despite our 140 years, we are resilient and focused, and we still have the potential to be the best city this side of the globe. My organisation will do its part to highlight the issues and opportunities with a view to bringing greater focus to achieving not just ours but Jamaica's vision.

And what is that vision? I'm sure for many it varies, but I am willing to bet it goes a little like mine:

A bustling waterfront commercial district rich in architecture, with cultural, art, culinary, and entertainment offerings. A place where families, local and tourists, converge for a day of excursions and pause for rest in one of several green areas adjacent to the wonderful harbour lined with sailboats and the Port Royal ferry. There are people walking, running, cycling along the boardwalk, or taking a dip in the water.

A trip to the market along a cobbled street closed off to traffic results in an experience infused with rich colours, smells and tastes. A warm greeting awaits you from the myriad of persons selling their wares from fruits and vegetables to arts and crafts. Need to do some business? All of the major financial institutions and blue-chip companies are represented and easily accessible in a safe environment. Stop along the way to ask directions from the resident who has just left the residential towers overlooking the harbour, and notice that he or she doesn't appear to be stressed or in a hurry because everything he or she needs is nearby, including their place of work.

The streets are clean, people are riding bicycles or mopeds, traffic is orderly. At night, the streets are well lit, music accompanies you on your walk from your hotel to the nearest restaurant or bar. In need of live entertainment? Purchase your theatre tickets and head on down to the majestic Ward Theatre in the back of your human-drawn carriage. Insatiable appetite for nightlife? Choose from the myriad of nightclub offerings on the waterfront. The next morning starts with an early rise and quiet jog, or brisk walk before work, or another day of play. Ahhhh! Kingston!

Every great achievement in history started with a vision. I invite all of you here today, listening or reading, to join in on this vision and bet like so many including The Gleaner have, on the great future of Kingston.