Campbell off to trial in Norway 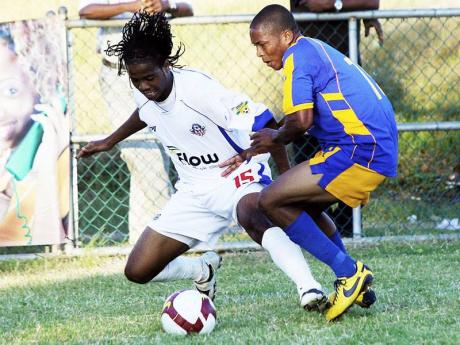 Another Reggae Boy could be plying his trade in Norway before the end of the year.

Campbell was identified by former national representative, Altimont Butler, who visited the island in the middle of February in his capacity as player developer and head reserve team coach. His mission then was to identify one or two talented Jamaicans for the team.

"He is the player who most impressed me when I was in Jamaica recently for the friendly internationals against Cuba," Butler told The Gleaner.

"Most clubs want a genuine left-sided player. Natural left-sided players are a rarity. What is also good about Andrae is that he plays it simple, does the basic things correctly, is very disciplined in his approach and is a good crosser of the ball," said Butler, explaining what about Campbell, who has represented Jamaica at the Under-17, Under-20, Under-23 and senior levels, caught his eye.

Butler, no relation to Craig Butler, another Jamaican coach based in Europe, said that the club is looking at signing Campbell for August when the second transfer window opens, should he show that he can survive in that environment.

"We are looking at him for August when the transfer window reopens, but all of that depends on how he adjusts and performs when he gets here. He looked good in the Jamaican setting, but things are different here in Norway with the climatic conditions and being away from the comfort of home, so we will have to see," Butler added.

The 23-year-old wing back could be followed to Nottoden by Harbour View midfielder Joel Senior and Boys' Town right back Xavian Virgo, according to Butler.

"Joel Senior and Xavian Virgo also showed quality, and we are looking at inviting them here for trials after Andrae has had his stint," said Butler, whose team was scheduled to kick off their season against Kisa in Oslo on Monday.

If Campbell earns a deal with Nottoden, he will be the fourth Jamaican to represent the club.

Fabian Taylor and Oneil Thompson had long-term deals with the club, while Kavin Bryan had a loan spell with them.