UDC in limbo without a board 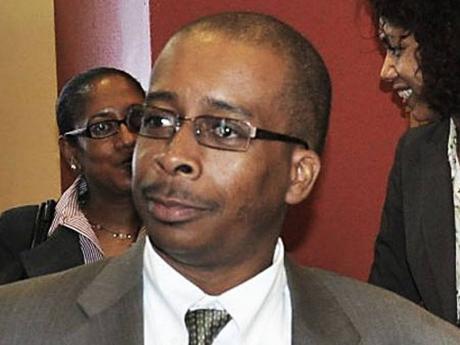 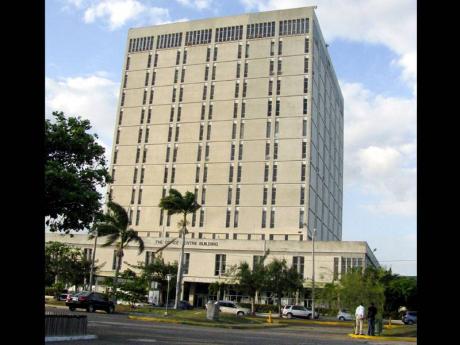 The Office Centre Building ... home of the UDC and one of the assets that the agency hopes to sell. - File
1
2

The Urban Development Corporation (UDC), more than three months into the Simpson Miller administration, is still without a board and an appointed general manager.

But the prime minister's press secretary said Thursday that there has been progress but that the matter won't be dealt with until after the Summit of the Americas that PM Portia Simpson Miller is attending in Colombia.

"It is close to being announced," said Lincoln Robinson on Thursday.

"The PM has gone off to the summit. It's with her. It's a done deal. It is ready for announcement," he said.

Civil engineer Desmond Arnold Young is still acting general manager for the state development agency whose last GM, Joy Douglas, resigned in December after conflict with the previous Wayne Chen-led board over sale of a downtown property to businessman Gassan Azan.

Without a board, major projects and issues connected to policy as well as confirmation of a GM, remain in suspension.

Created in 1968, the UDC has the mandate of transforming urban centres and strategic rural towns.

Up to December 2011, major projects in stages of planning or execution included the creation of artisan villages in five resort centres, the redevelopment of dilapidated residences in downtown Kingston, as well as the 10,000-acre Caymanas project inclusive of residential housing, commercial development and security installations projected to cost US$3 billion.

Its last accomplishment was the renovation of Falmouth to facilitate its debut as a cruise port.

The UDC has some J$42 billion in assets. It has operated as a self-financed entity since 1987 when it was weaned from the Govern-ment's budget.

On Wednesday, in a response to questions sent to Young, communications officer Lorna Clarke said the UDC - minus a board - is unable to speak publicly on the value of assets still owned in the wake of an aggressive divestment policy pursued since December 2008, nor the value of the assets already sold.

"In response to your query on assets divested by the UDC, since January 2009 the main divestment in this category has been the 59.81 per cent in shares in the Pegasus Hotel of Jamaica Limited divested through the Development Bank of Jamaica, for approximately US$11 million (a matter of public record), concluded in December 2010," said Clarke.

"As it relates to additional updates ... please be reminded, as outlined in our previous emails to you on this matter, that the UDC, in keeping with good administrative order, awaits the appointment of its new chairman and board of directors for oversight of the policy relating to divestment. As this position has not yet changed, we ask your continued understanding."

As such, she said the UDC was not in a position to indicate which assets would be divested under the new administration, nor whether the disposal of non-core assets would remain a guiding policy for the agency.

"You have to allow a new board to speak to policy and also to look at what has happened before. I would not say that there is no activity because there is no board. It has oversight for policy decisions and it is in that context that we have spoken," Clarke said.

Still, the UDC has continued advertising some properties for sale, including two lots at Ackendown in Westmoreland and land in Belmont, St Ann, since the start of the year.

It is also currently in the middle of negotiations with SuperClubs for disposal of its 50 per cent stake in the Breezes Negril hotel.

As late as mid-2011, the UDC had provided documentation indicating a list of 36 properties nationwide for divestment and development using different models.

The last board of the government agency was less than one year old when it demitted office with a change in political administration.

The last UDC board, which served seven months up to the change of administration at the end of December 2011, comprised Wayne Chen as chairman, Kathryn Phipps as deputy chair, and directors Robert Russell and Michael Ammar Jr, businessmen; engineer Michael Subratie; Desmond Young as representative of the Jamaica Institution of Engineers; councillors Desmond McKenzie, then mayor of Kingston, and Anthony Walker of the St Ann Parish Council; principal director in the OPM, Sonia Mitchell; Jampro director Vivian Scully; deputy financial secretary Ann Marie Rhoden, as well as attorney Daniella Gentles; financial analyst and banker Lennox Elvey; and dental physician Cleo Taylor, and Joy Douglas, up to her resignation.