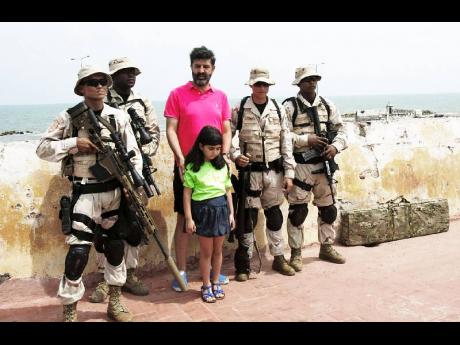 Navy soldiers pose for a photo with tourists at the old city in Cartagena, Colombia, Tuesday, April 11. Leaders of the western hemisphere will meet for the sixth Summit of the Americas between April 15-16. - AP 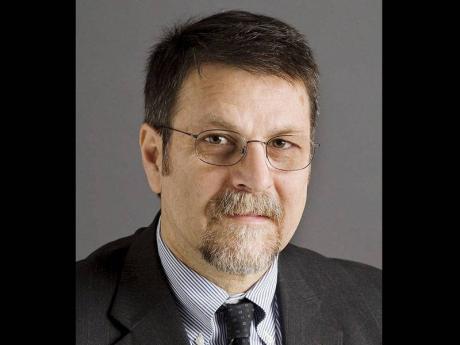 As Cartagena's sixth Summit of the Americas revs up, Latin America will join the hemisphere-wide gathering boasting a unique position on the global stage - a stark contrast with the previous gathering in Trinidad and Tobago, almost three years ago.

Then, it was feared that the global financial crisis of 2009 - one the region had no part in - would wipe out many social and economic gains amassed in the previous decade, the result of sound economic decisions and policies.

As it turned out, none of that happened, especially in South America.

The region emerged from the global turmoil mostly unscathed and today it is in prime position to tackle the challenges that can potentially get in the way of a continuing growth path with opportunities for all.

By lifting 73 million people from moderate poverty while substantially improving social inequality indexes in the past decade, the region has clearly made the case that creating more opportunities for progress benefits the economy and vice versa.

The region has also made big strides in the international arena. Today, Mexico hosts the G-20, where Argentina is also an active member, and Brazil is a dynamic BRIC member and the world's sixth-largest economy.

On the trade front, the US free trade agreements with Colombia and Panama recognise the increasing role of these two dynamic Latin American economies.

Having been born and raised in a middle-income country like Turkey, I would be remiss not to mention the similar nature of obstacles to development that lie ahead both in my country and in this region's economies.

In both instances, countries need to avoid becoming trapped in the status quo - the so-called 'middle-income trap', which describes a situation countries cannot escape despite posting marginal improvements.

In order to avoid it, the region should build on its commodity export successes to make further inroads into increased value-added production for both domestic and external markets.

It's a quantum leap, capable of producing good quality jobs, that can only be achieved if the region's focus becomes fighting the good fight for productivity and competitiveness.

Southeast Asia's experience, and my own country's, shows that breaking through this new frontier requires addressing 20th-century throwbacks, such as production bottlenecks. Obviously, this should be attempted without neglecting the social gains of recent years, while keeping up efforts in favour of those who are yet to benefit from the region's bonanza.

Escaping the status quo trap will hinge on addressing several pending issues, including: reducing the cost of logistics, currently well above averages in the OCDE or Singapore; renovating an antiquated or natural disaster-deteriorated infrastructure; upgrading an educational system that does not produce the skills needed in the current or future markets; modernising a State that is not efficient enough to provide the basic services demanded by the public.

This agenda cannot be hostage to the ups and downs of the political cycle. The region has abundantly demonstrated that the continuation of fundamental economic and social policies is a guarantee for success.

Now is the time to take up this agenda. The opportunity is up for grabs this very moment. Waiting another day or for the next government to take action means giving up too much ground in a world that does not seem to wait.

China is already rethinking its current economic role and weighing the reforms needed to take a leading role in 2030. Latin America cannot play second fiddle. In tandem with our regional partners, we will continue to help governments turn wishes into realities, remove obstacles to more inclusive development and truly make this Latin America's decade.

Hasan Tuluy is the World Bank's vice-president for Latin America and the Caribbean. Email: business@gleanerjm.com.