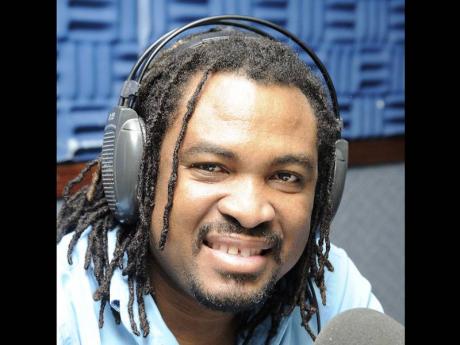 When we were hammering rivals in the sprints at the Olympic and senior World Championships in 2008 and 2009, respectively, we became known as the sprint capital of the world. Theories started to pour out of the woodwork as to what made Jamaicans go faster than everyone else. Not black people, not West African descendants, not Caribbean nationals, but Jamaicans.

We were the curiosity of the athletics world. We heard everything. We had a greater proportion of fast-twitch muscle fibres than others. Stronger and more rebellious slaves were brought here as opposed to anywhere else, and therefore their descendants were predisposed to run quicker. But the one that took the cake was the yam and green banana story!

I took issue with these theories because we didn't have a history of dominance at the top levels for such speculation to be taken seriously, and we were all just intoxicated by the success of the moment.

When Bolt won the 100 metres in Beijing and Berlin, it was the first time that a Jamaican man was winning the event at the top levels, this after trying for 60 years! When Shelly-Ann Fraser blitzed the field at the 2008 Olympics, she was the first Jamaican woman to win an Olympic 100m.

Jamaican women have been competing in the 100m since 1948, when Cynthia Thompson made the Olympic final. When Fraser won the 100m in Berlin, she became only the second Jamaican to win that event at the Worlds, behind Veronica Campbell-Brown, who did it in 2007 in Osaka.

If we had historical and genetic advantages in sprinting, relative to the rest of the world, it shouldn't have taken us 60 years for either sex to win the 100m at the top levels!

The truth is that it took us more than 30 years of competing at the Olympics for our women to even medal in the sprints, when Merlene Ottey came third in Moscow in 1980. A lot of us remember the efforts of Herb McKenley and others in 1948 and 1952, but it took us four more Olympics, until Billy Miller in 1968, before we even took the podium as individual sprinters. After Donald Quarrie's gold in 1976, it took us 32 years before we had another Jamaican gold medallist in the Olympic sprints, when Bolt did it in 2008.

It ain't in our blood

The argument about Jamaicans' genetic superiority is overrated. Our formula, if it can be called that, is that we may very well have the best system in the world, for spotting talented sprinters, for coaching them, and for creating opportunities and motivation for them to excel at Boys and Girls' Champs.

One obvious case study is Delano Williams. He came to the island as a small child and went to Munro. He is from Turks and Caicos. He came into the system early, learnt the ropes, got exposed to high-quality coaching and high-quality competition, got infected with the spirit of Champs, and became the 2012 double sprint king. He wasn't born Jamaican, but this didn't stop him from beating all the Jamaican boys who supposedly had genetic and historical advantages over him.

That should have taught us all a lesson.

What should drive home the point even further, though, was Carifta this year. It must be a telling statistic that of the 12 sprint races, Jamaica won only three: Jazeel Murphy in the boys' Under-20 100m; Shauna Helps in the girls' Under-17 100m; and Yanique McNeil in the Under-17 400m.

The Bahamas were creaming us left, right and centre, winning virtually every other sprint event.

Michael Vassell, head coach of our track team at Carifta, is worried about our sprinting. He said Jamaican sprint coaches should wake up and realise that other coaches are gaining on us - and fast! Thank God, he wasn't asking our coaches to feed our kids more yams and green bananas.

For theories to make sense, they must stand the test of time. And as time is elapsing, it is becoming more and more obvious that a Jamaican child has no inherent ability to be faster than his Caribbean counterparts. It's all about early and meticulous preparation.