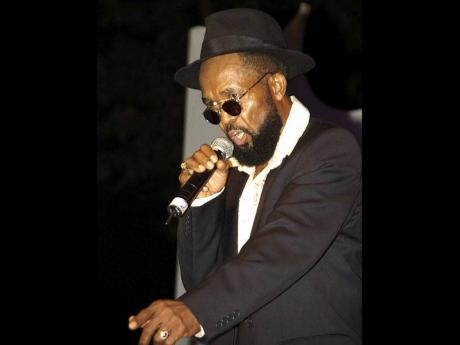 Prince Buster is among those Hyashi has brought to Japan for tours. 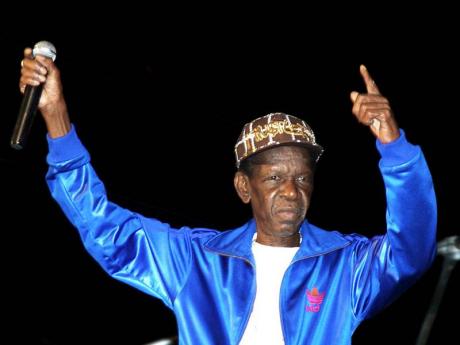 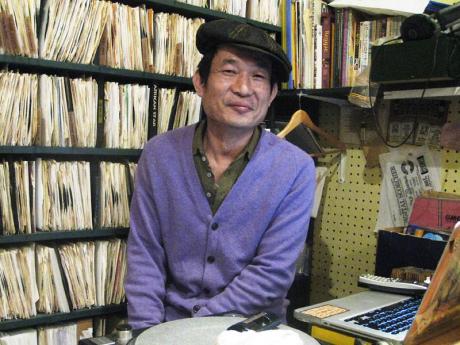 Masaya 'Masa' Hayashi is on his fourth location for Drum&Bass Record Shop in Osaka, Japan, a few blocks' walk into the quieter side of the buzzing business-and-entertainment district around Namba Station in Osaka, Japan.

He readily points out that the market is slow, the post-tsunami slowdown in 2011 still affecting the Japanese economy, including music sales.

But with Drum&Bass occupying a vintage Jamaican music niche, the current top-selling 45 rpm records are not the stuff of what the leading edge of Jamaican popular music is made. They are Give Me a Little Sign (Owen Gray) and Chain Gang (The Jamaicans), both on the Rock a Shacka label which Hayashi started in 2004.

With a strong emphasis on quality for the Rock a Shacka products (there is a silk screen printing, for example), Hayashi points out that the records are not cheap. The top singles go for 1,800 Japanese yen - about the same in Jamaican currency - each, compared to the imprint's album-length CDs which sell for 2,000 Japanese yen apiece. However, with a strong collector's market there are takers for the records, so much so that Hayashi says there are those who buy records from him and resell over the Internet at a huge profit margin.

Rock a Shacka has done 30-40 singles and about 16 CDs, Hayashi making the required agreements with the Jamaican producers.

Hayashi also runs the Pirate's Choice podcast, an Internet radio programme, with colleague Nekomassive's technical support. It is a development on a radio programme he did on a community station, the limited reach not enough for his need to spread the range of Jamaican popular music.

Drum&Bass Records is stocked with titles from artistes whose names evoke a pre-digital music era of Jamaican popular music. Barrington Levy's Bounty Hunter LP is prominent on one wall, while one of the several display cases has music from African Brothers, John Holt and Alton Ellis, among many others.

Ironically, it is the harbinger of the digital dancehall age, the Sleng Teng, which led to Hayashi's forced retirement from playing bass in a reggae band - and, indirectly, created space for him to start travelling to Jamaica (where he has been more than 100 times) for records and then establishing Drum&Bass.

He was playing in a rock band when a friend set up a reggae band and asked Hayashi to be the bassist. "I shocked," Hayashi said of his encounter with material from Henry 'Junjo' Lawes' Volcano era, where artistes such as Barrington Levy and Yellowman dominated. "I thought reggae is like Bob Marley."

He took on to the music until the Sleng Teng came in 1985. Hayashi puts his hands in the bass player's position as he describes how artiste after artiste would come up and request the same rhythm. "All half-hour, same thing. Me give up and leave dancehall business," he said.

But the reggae exposure made him realise that many of the bass lines were coming from an earlier era in Jamaican music, and he latched on to Studio One, Treasure Isle, Prince Buster and Sonia Pottinger productions, among others. So "I start this business more than 20 years ago," Hayashi said. "That time Japan don't have a good distribution system. All people sell was Tiger, Shabba - brand-new music. My interest is longer-time music - Gregory Isaacs, Alton Ellis. That's why I visit Jamaica to buy records."

He had to overcome more than a language barrier, though, as on his first visit he went to Montego Bay. "I tell people I want original press. People send me to record shop. Me say me want original stock. They say you Japanese mad, y'know," Hayashi said, laughing.

The required direction came from an unlikely source, "A good man, but a gangster man, say to me 'Japanese, you want original records, I know sound-system man.' Him carry me to original place, me find records and start business," he said.

Among the Jamaican friends he has made is renowned collector Dexter 'Ska Professor' Campbell. "Dexter is like a Jamaican father to me," Hayashi said.

In addition to bringing in records, Hayashi has also arranged tours by some Jamaican performers of his preferred era, Alton Ellis, Strangejah Cole and Prince Buster among them. Those three are among his favourite five Jamaican performers, the Skatalites and Horace Andy rounding out the quintet.

He points out that, in his early days with Jamaican music, the words were not the draw. "Them time is the dub. People say reggae is a message, but I don't understand. English poor. But sound very unique, very nice to move to," Hayashi said.

Now, his English is much stronger.