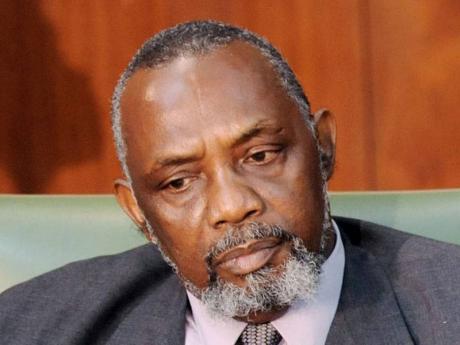 Local prosecutors are seemingly becoming disappointed at the length of time it takes British officials to provide information requested to assist them in carrying out their duties in Jamaica.

One prominent example is the case of former Member of Parliament Joseph Hibbert, for whom the Office of the Director of Public Prosecutions is yet to determine if there should be a charge.

Hibbert, a former state minister in the Jamaica Labour Party administration, is being investigated in connection with a corruption case involving the British bridge building firm Mabey & Johnson.

In 2009, the British firm admitted it had bribed foreign officials, including Jamaicans.

Following a probe, the Office of the Contractor General (OCG) referred the matter to the DPP for action to be taken against Hibbert.

To date, the DPP has not moved against Hibbert prompting concerns locally and internationally about Jamaican authorities' commitment to tackle corruption.

But yesterday, DPP Paula Llewellyn and officials of her office argued that Hibbert was not getting any special treatment.

The DPP was adamant that her office was not to blame for the slow pace of the probe.

"Mr Hibbert's case has not being treated any differently from any other person where those allegations come in," Caroline Hay, senior deputy director of public prosecutions, told Gleaner editors and reporters at the company's downtown Kingston offices.

According to Hay, the DPP's office is still awaiting information it has requested from the United Kingdom Central Authority (UKCA).

"One of the reasons I went to the UK last year March was that we were concerned with the speed with which they (the UKCA) were responding to our requests on any matter," said Hay.

According to Hay: "The UKCA has ... admitted that they don't handle external requests as quickly as they could."

The Office of the DPP made the formal request for assistance from the UK in December, several months after the OCG submitted its report with documentation which reportedly provided the basis for charges to be laid against Hibbert.

But Hay argued that while the DPP's office received "a lot of information" from the contractor general, this was not enough to bring charges against Hibbert.

She was supported by Llewellyn, who argued that waiting on the information from the British officials was the only option for local prosecutors.

"When we are thinking of court proceedings, in terms of the standard of proof evidentially, you cannot produce somebody else's report. You must go to the source otherwise the court will totally have nothing to do with you," declared Llewellyn.