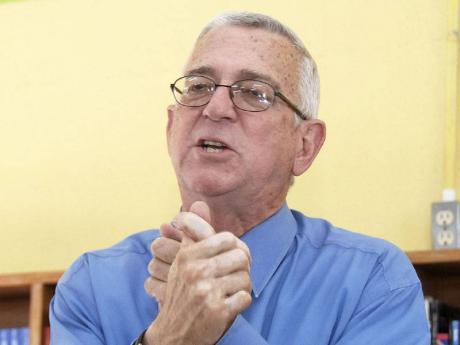 The REVEREND Ronald Thwaites, minister of education, has said the mastery of mathematics is important in the development of our nation's children.

The numeracy test results for 2010-2011 showed that there was an eight percentage point increase in the number of students in public schools achieving mastery when compared to the previous year.

However, even though the results were improved over the previous year, the island's public and private primary-level schools continue to struggle with mathematics. Of the 790 institutions which put up students for the test in 2010-2011, 327 of them received mastery level of less than 40 per cent.

"This is unacceptable and the standard needs to be upgraded. In this regard, I am extremely gratified to hear about this symposium for our teachers. I encourage that this example is continued so more teachers can get the assistance they need," Thwaites said.

Dr Gwendolyn Melhado, principal of St Joseph's Teachers' College, said the institution wants to make the teaching of mathematics fun, exciting, and appealing for children to understand, so that it can bring about improved performance, adding that efforts were also being made to help teachers write better lesson plans.

The symposium was first held in 2009 and, due to the large turnout and feedback from the teachers, the lecturers at St Joseph's deemed it necessary to host it annually.

"Before, the teachers complained about the serious issues they encountered in primary schools. At St Joseph's, we were thinking what we could do to offer assistance to teachers in correcting these problems, and that's how the symposium came about," Melhado said.

She added: "This year, we aim to provide teachers with creative strategies to improve the performance of the students, not only in the academic aspect, but also to strengthen and provide values that the children need to become more rounded individuals."

The symposium, which was held under the theme 'Surpassing Today's Teaching Strategies', was attended by 160 teachers from 34 schools across the island to hone their skills in teaching children between the ages of 3 and 12.