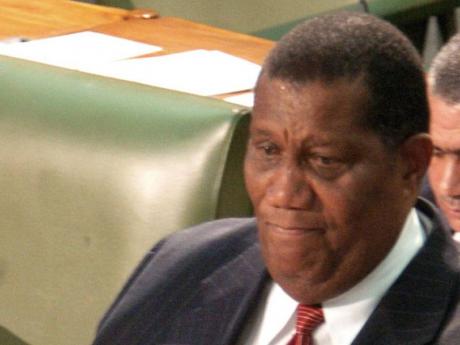 AGRICULTURE MINISTER Roger Clarke said the Government is now formulating an ambitious plan to put 500 acres of land into rice cultivation by July and another 1,500 by December.

Clarke told The Gleaner a loan agreement was recently signed with the Development Bank of Jamaica (DBJ) to provide between $120 and $150 million to fund the project.

"We have an agreement with the DBJ and we will start with the initial 500 acres, and then by December we should increase the number of acres under rice cultivation to 1,500 acres. This will move us closer to the first-phase target of 2,500 acres," Clarke said.

The agriculture minister said there should be a 15 per cent reduction in rice imports when the project is fully realised.

"Jamaica currently imports approximately 100,000 tonnes of rice annually and when we are at full production - that is the 2,500 acres - we should be able to cut our importation of the product by some 15 per cent."

According to Clarke, cultivators should be able to reap rice as early as four months after the crop has been planted.

The rice-growing project was initiated by former agriculture minister Dr Christopher Tufton. At the outset, Jamaica Broilers Group invested J$5 million into the Amity experimental rice farm, which saw 25 acres being put into cultivation in 2009.

Nine varieties of rice from Guyana, the United States and the Dominican Republic were grown at the Government research station at Bodles, St Catherine to determine the most suitable.

At the time, Tufton said that it was hoped that the island's importation of the grain would be reduced by 25 per cent over a three-year period, noting that Jamaica would be able to produce at least six tonnes per hectare to match that of Guyana from where Jamaica imports the bulk of its rice.