Shillingford called up for T&T Test 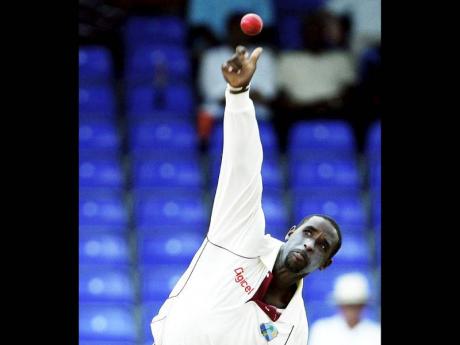 Windward Islands off-spinner Shane Shillingford has been called up for the second Test against Australia starting here Sunday, on the heels of a disappointing performance by leg-spinner Devendra Bishoo in the Kensington Oval opener which West Indies lost by three wickets on Wednesday.

The 29-year-old took 38 wickets in five regional first-class matches this season and could force his way into the final XI at Queen's Park Oval.

Shillingford is the only change to the squad from the opening Test as selectors have placed a vote of confidence in the side which turned in a strong performance for most of that game, only to falter on the last two days.

The right-armer has not played a Test in nearly two years, despite being picked for the tour of Bangladesh last year.

He underwent remedial work on his action last year after his action was deemed illegal by the International Cricket Council, and was outstanding in recent matches for the Windwards.

Bishoo, meanwhile, struggled in the Kensington Oval Test over the last five days, sending down 53 overs for 169 runs and taking just one wicket.

He was largely ineffective even when bowling into rough and caused the Australian batsmen few problems.