All set for UTech Classics 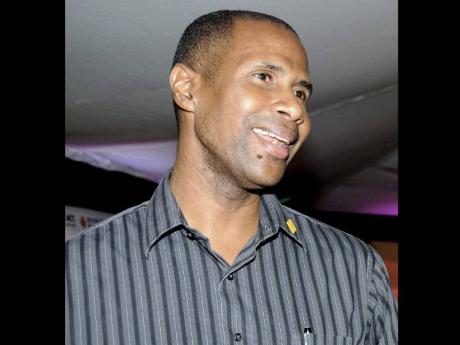 With a day to go before the University of Technology (UTech) Track and Field Classics inside the National Stadium, meet director Bruce James is reporting that everything is in place for what he expects to be the event's most exciting instalment yet.

James, president of the UTech-based MVP Track Club, also highlighted the meet, which will see its fifth instalment tomorrow, as an important component on the local track and field calendar, particularly for the country's various track and field clubs.

"Things are looking great and have gone exceptionally well in terms of the organisation," said James. "The entries have come in and we are very pleased with the responses that we have got not only from the high schools and universities, but also the professional clubs have decided to make this a big event as well.

"Its very exciting to see the professional clubs coming out in such great numbers, all the clubs have submitted very strong teams to participate," James added, before pointing to the limited opportunities on the track and field calendar for clubs to showcase their talents.

"I think the timing of this event is critical on Jamaica's track and field calendar. We are actually serving a number of areas; the prep and primary schools are just getting their season started and they are excited to compete," James reasoned. "The high school teams have now passed 'Champs' and are now only focusing on the Penn Relays and getting ready now for the various international events, while the college athletes are preparing for their outdoor season and the international circuit as well as the Olympic trials, and so it is an excellently positioned meet time-wise."

The meet, which gets under way at 4 p.m. with an opening ceremony, is expected to be highlighted by a highly anticipated 4x100m clash between the MVP and Racers tracks clubs; a showdown that should boast some of the world's most celebrated athletes.

"We have put together a wonderful package of racing, but the men's sprint relay in particular will be very hot, in that five world record holders will be in that race," said James.

Tickets are available at the University of Technology at the Students' Union, Bryan's Bookstore and at the cashier, and will be available for purchase tomorrow at the stadium's ticket office.

"The public reaction has been overwhelming," James said. "We at first only planned to sell tickets on the day of the meet starting at 10 a.m., which we will still do if any tickets are left over, but the demand for tickets has been so strong at UTech that the university's administration has opened three ticket offices there at the University of Technology."