Ebanks leaves a legacy of decency 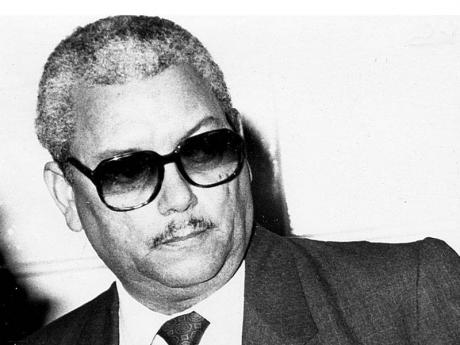 WHEN FLOYD Ebanks, former vice-president and group corporate secretary of Island Life Group of Companies, passed away on April 1, he left a legacy of decency, a penchant for hard work, dedication and commitment for all those who had the opportunity to interact with him over these many years.

Ebanks was born in Pedro Plains, St Elizabeth on December 3, 1930, son of the late Lawrence Ebanks, farmer, and Emily Ebanks. He attended Pedro Plains School, Excelsior High School, and the College of Arts, Science and Technology.

Oliver Jones, former chairman, president and CEO of Island Life Group of Companies, said, "Floyd was highly instrumental in facilitating the procedures that led to the registration of Island Life on December 10, 1973 to carry on Ordinary Long Term insurance business in Jamaica and its thrust into that line of business on January 1, 1974.

Jones remembers Ebanks as a tremendous asset to every aspect of success Island Life enjoyed before it was merged with Life of Jamaica, now Sagicor, in early 2003.

Ebanks, who married Gloria in 1958, was the proud father of two sons. His widow Gloria said he had been ailing for sometime.

"To the very end, Floyd was peaceful and calm and even took time out to select the songs he would like to have sung at his funeral, the day and time the service should be held, and other details." She said, "the only thing he did not set down was the exact date of his funeral."

The funeral service for Ebanks will be held tomorrow at St Stephen's United Church, Cross Roads, at 10 a.m.