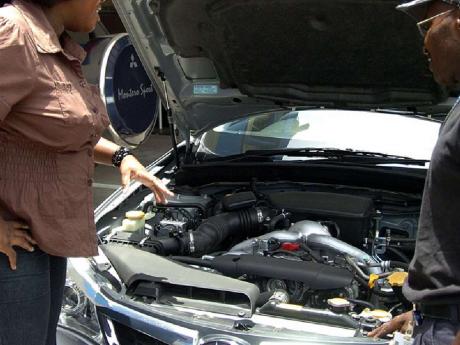 I draw to your attention to a most disturbing and puzzling experience that I had on Tuesday, April 10, 2012 at the Swallowfield Examination Depot.

I went to have my vehicle undergo a fitness test at approximately 8:30 a.m. The examiner indicated that I had an oil leak that had to be rectified before he could pass the vehicle as fit.

I subsequently visited my mechanic and had the issue resolved. I then returned to the depot at approximately 2 p.m.

The examiner I encountered on this occasion was extremely unprofessional and rude. His very first words to me were, "A weh you a go wid da dutty cyar deh, mi nah examine dat."

I was very surprised and asked if he was serious. The examiner then launched into a tirade while chasing me away to go and wash the car and come back, all in full view of surprised motorists. His disrespect even extended to other persons who had 'dirty' vehicles.

Let me state that there was not any significant amount of dirt on my car to even obscure the colour of the vehicle.

I sought clarification from two other examiners, as well as two females who were seated in the office, as to whether this was a policy to not inspect vehicles that were not clean.

The message was the same from all except one of the females, who stated that she was not aware of such a policy. The other employees simply said that no examiner is going to sit in a dirty car.

After being disrespected for close to an hour, I finally saw the examiner who had inspected the vehicle in the morning, who then made some verification queries before passing the vehicle as fit.

I would appreciate if the Ministry of Transport and Works could inform me if this is a policy, and also if this is the type of treatment motorists should be subjected to when they seek to have vehicles tested for roadworthiness.