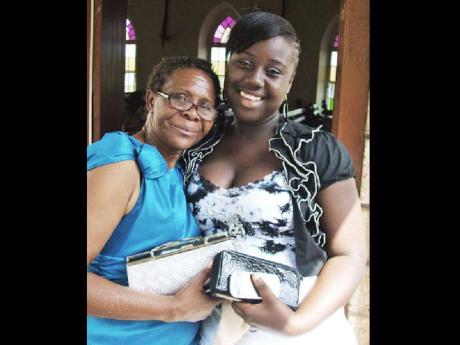 Trail and Abigail Gordon, one of her 'babies'. 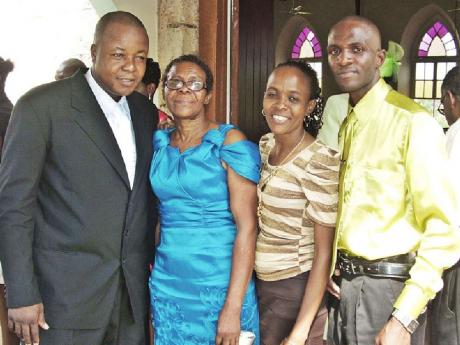 Myda Trail and another of her 'babies', Oral Bourne (left), and two of her three children, Verona Evans and Lenworth Gordon. 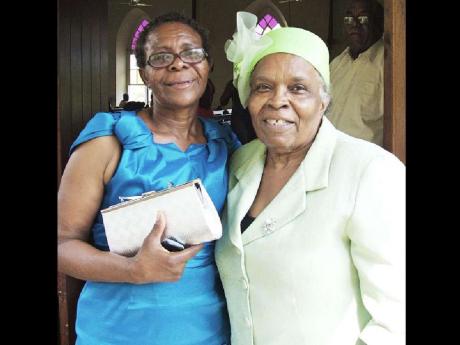 Myda Trail and Florence Pink, one of her senior colleagues. 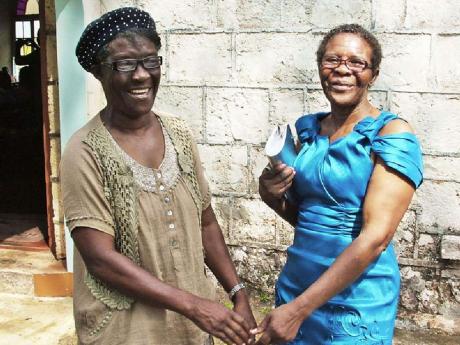 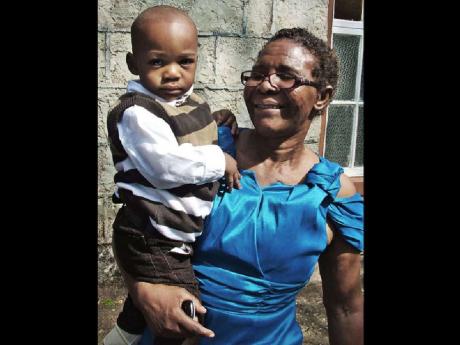 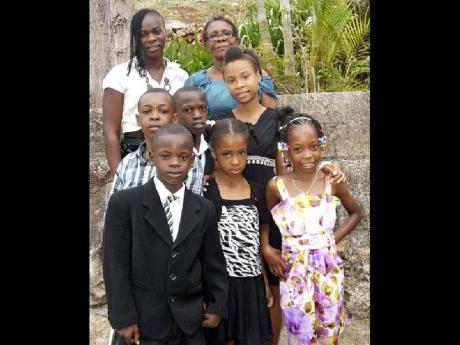 IT WAS Myda Trail's impatience at getting into nursing school that made her enrol to become a midwife instead. Decades later, at 60 years old, she now realises it might just have been her calling.

As a midwife, Trail delivered her first baby in 1974 and has been doing it since. In 1999, she was recognised by the governor general for 25 years' service as a midwife, but not even that feeling could compare to how she felt on Sunday, as she was honoured by the Clarksonville community in St Ann.

"I'm overjoyed. Words cannot really say it at this time, but to really know that the community, you know, the community … ," her voice tapered as she shook her head in acknowledgement of the importance of the occasion, held at Clarksonville Baptist Church.

"In 1999, I received the honour for 25 years' service from the governor general, and that was overwhelming, but to be honoured by the community … ," she shook her head again. "I get respect from the very least in the community," Trail added.

Trail has spent her entire working life serving the Clarksonville community, which includes outlying districts such as Aboukir, McKenzie and several others.

She laughed when asked how many babies she would have delivered over the 38 years, before saying: "It's a lot. I didn't expect this. I didn't count them, but it's over 3,000."

Community member Lynette Broderick-Brown, who organised the function, said she has learnt to say thanks to people while they are alive to appreciate it, hence the occasion. She described Trail as a patriot.

"She's such a patriot. She's a patriot and she's a stalwart, that's how I describe her," Broderick-Brown told The Gleaner.

Broderick-Brown added: "She has spent her years caring for even those who have nowhere to put their heads. If she comes to your house and you don't have food and she comes to deliver you, the money that you had saved to pay her, she would take it and send to buy food. She would say, 'Sen go buy food an mek we eat'. That's her."

She continued: "If you attend her clinic and 50 children are listed and 48 come, after she finishes at the clinic, she would go to the community where those two children are and look after them. And she does this without a vehicle. She takes taxi wherever she's going, and she has never had a mishap. Over 38 years of delivering babies, she has never had a mishap, never. She is so great."

Trail has three children of her own. But she would leave them with her grandmother in order to be out there serving, day after day, night after night.

"Sometimes she would be out there on bike back in the wee hours of the night, travelling mountains and valleys. She's really a great person in the community," Broderick-Brown added.

And so it was that scores of persons turned out on an overcast afternoon to say thanks to the lady who has meant so much to so many people in the Clarksonville area.

For one such person, Carmelita Gray-Whyte, teacher at Claude McKay High School in James Hill, Clarendon, Trail is so much more than just a midwife.

Gray-Whyte told The Gleaner: "From my experience, Ms Myda Trail is a friend, a mother, a confidante. She's also my personal nurse in terms of delivering my own two children at my own home and so today I'm feeling honoured. All through my life, she has been somebody to encourage me, telling me I can do well. She's also my mother's best friend."

Gray-Whyte and her two children, daughter Najwa and son Najuan, along with husband Eddie, all turned out to honour Trail.

Originally from Rio Bueno, Trelawny, but now living in St Ann, Trail journeyed from her home in Runaway Bay with two of her three children, daughter Verona Evans and son Lenworth Gordon, to enjoy the moment.

Looking back, Trail said she has no regrets and would do it all again.

"I have no regrets doing it. If I should die and live again, I would still be a midwife," she said.

She said she also found satisfaction in doing it.

"My satisfaction is that I bring life into the world. I watch them grow to be a man or woman and their achievements make me feel proud and happy. And I feel satisfied, you know, going about and the love, the respect, the cooperation that I have gotten from them, you know it's overwhelming," Trail said.