Doctor's Advice - Can I get pregnant? 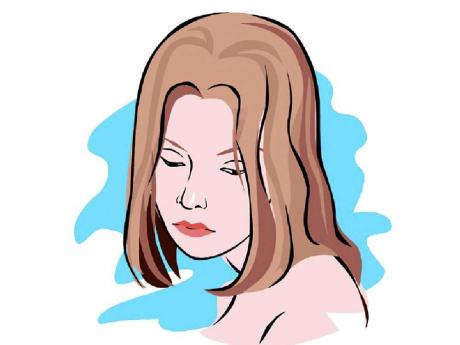 Q: Doctor, if a female tube was blocked by a sexually transmitted infection (STI) at an early age, could that particular female become pregnant later on, without the need for surgery?

A: Unfortunately, it is common for STIs to cause blockage of the Fallopian tubes, and therefore sterility. That is a powerful reason why young women should avoid sleeping around.

Now, I am assuming that you are talking about yourself. Presumably, you have been told by a doctor that one of your tubes is blocked. So could you still get pregnant?

The answer is yes. Provided that the other tube is OK, then it should be perfectly possible for an ovum (egg) from that side to make its way down the unobstructed tube, and meet a sperm, which will fertilise it. The result should be a baby.

However, it is difficult for you to be certain that you really do still have one good tube. Unfortunately, a doctor cannot tell this by simply examining you. You would need special tests, such as the type of X-ray called a hystero-salpingogram (HSG) in order to make really sure that this tube is not blocked.

On the basis of what you have told me, and assuming that you do desire to have a child, I suggest that you try to conceive on or near your ovulation day. If after six months you have not succeeded, then you should go to a gynaecologist to find out if the tube is all right. Good luck with conceiving that baby.

A. No, I don't. That type of masturbation-centred activity does sometimes occur at boys' institutions, particularly when the students are boarders. I don't think they are a very good idea. But the notion that they could have made you gay is not logical - especially as you say that you are always thinking about girls!

So I think you should pay no mind to these memories and get on with your life.

Q. I am a terrified woman. I am 22 years old, and I have already done two abortions. Can I still get pregnant in the future?

A. Sorry to hear about this. From your email, I can't determine whether you are in Jamaica or some other country. Also, I do not know whether these abortions were done under hygienic conditions by a doctor, or whether they were carried out by some illegal back-street abortionist.

If the operations were done by a qualified surgeon or gynaecologist, in a clean operating theatre, then you need not fret about your future fertility. The likelihood is that your internal organs remain healthy, and that you will be able to conceive when you want to.

On the other hand, if these terminations were performed by an unqualified (i.e., non-medical) person, then there is a risk that the procedures may have allowed germs to get into your reproductive apparatus. And if you have got an infection, then that could very definitely affect your fertility.

So if these were illegal abortions, my advice would be to see a gynaecologist now, and have a check-up to find out if everything seems to be OK inside you.

Finally, I am concerned that at the age of only 22 you have already had two abortions. Why is this? Why did you let yourself get pregnant twice? Maybe you didn't know anything about contraception. If so, you should learn about it fast, and use it in future.

I also wonder whether you have a 'self-esteem' problem, and if that is why you have let men get you pregnant? If so, I urge you to value yourself and your body.

Please treat that body with respect in the future, and do not let guys play around casually with it. Good luck.

Q. I noticed that I have a lump on my testicles. I am 22. I never paid it much attention till it started hurting me. Then I got weak, and it got bigger. I thought it was due to the food I eat, since it varied on and off. But I am sure it's not normal. Could it be testicle cancer? I'm scared. What must I do?

A. Testicle cancer is relatively uncommon in Jamaica. But when it occurs, it mainly does so in your age group of 18-25. The classic symptom is a lump in the testicle, which is usually painless.

What is clear is that you must have this lump examined by a doctor right away! I have asked one of my colleagues to send you an urgent email to that effect.

The doctor will examine both your testicles, and make an assessment. He will probably say that you need an ultrasound scan on this lump. I hope that it turns out to be harmless.

Q. Since my brother was killed by a gunshot two years ago, I have lost all interest in sex. Could this be psychological, Doctor? Or is there some physical cause?

A. This is almost certainly psychological. Bereavements often do cause women to lose sexual desire. It generally returns after a while, but that is not always so.

What I would strongly advise now is that you should seek some form of bereavement counselling from a good therapist. This may well help you a lot.

Q. I feel I should use the condom with my new girlfriend. But Doc, when is the best time to put it on? Should I slip it on when foreplay commences? Or just before ejaculation?

A. Good question. And I hope this answer will be of help to a lot of young couples. No, it is not a good idea to put it on when foreplay commences. After all, foreplay might go on for 10 or 15 minutes - or sometimes more. During that time, it would be easy for the condom to get damaged, for instance, by your girlfriend's fingernails.

Summing up, it is usually best to put the condom on just before you enter the young lady.

Q. I do not know how to work out when my fertile time is. Please help.

The most fertile time of the month (the ovulation day) is generally around two weeks before the menses are due. But it varies a lot from female to female.

A useful guide is that the vaginal secretions become more clear and slippery at that time. For a more exact fix, buy yourself an ovulation kit from a pharmacy.