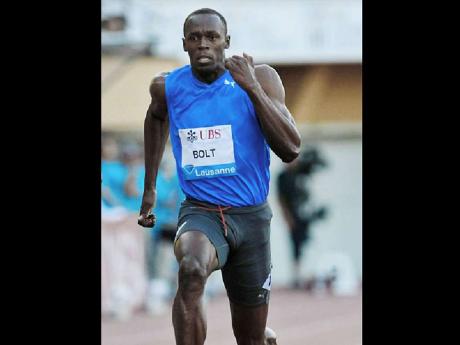 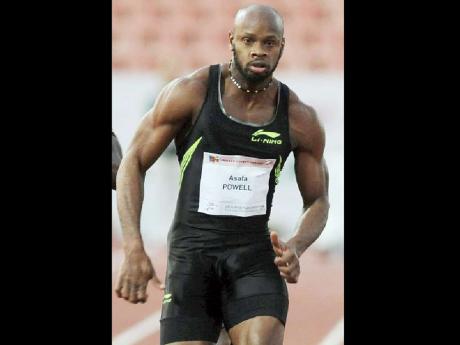 The expected College and Invitational 4x100m showdown between the Usain Bolt-led Racers Track and Field Club and the Asafa Powell-marshalled MVP Track Club will highlight this evening's fifth staging of the University of Technology Track and Field Classics inside the National Stadium.

This will mark Bolt's first appearance this season as he steps up preparations leading into this Summer's Olympic Games in London, where he will be defending the 100m and 200m title he won four years ago in Beijing.

A 4:30 p.m. opening ceremony will get things under way before Bolt and World Championships 100m champion Yohan Blake stretch their legs ahead of a busy European circuit against Powell, World Indoor 60m champion Nesta Carter, and 100m silver medallist at the World Championships in 2005, Michael Frater, in a highly anticipated sprint relay showdown.

All five have featured in relay world record-breaking teams, but Racers, who should see Daniel Bailey and Warren Weir joining Bolt and Blake on the track, will be hoping to continue their recent dominance of local sprint relays.

MVP should, however, have their way in the women's 4x100m relay with the likes of Olympic champion Shelly-Ann Fraser-Pryce, Anneisha McLaughlin and Sherone Simpson expected to feature.

The men's 200m is also boasting several big names as Powell, who has a personal best of 19.90 will face competition from clubmate Carter, who has gone 20.25 over the distance, with Racers' fast-rising Warren Weir and Daniel Bailey, SWEPT's Emmanuel Callender and Dexter Lee, and G.C. Foster's Rasheed Dwyer all expected to cause some concerns throughout.

World Championships 400m finalist Jermaine Gonzales will also be lining up in the 200m, a rarity for the national record holder over 400m, who will be using the occasion to test his speed work ahead of the European circuit.

Blake is way too classy for the men's 100m field and should make light work of the competition there, but his Racers training partner Marion Forsythe, former national champion Oshane Bailey (Akan) and MVP's Andrew Hinds will be looking to give the world's newest sprinting star something to think about.

MVP trio Melaine Walker, Anneisha McLaughlin and Sherone Simpson, who has been doing more strength work than normal this season, will try to hold off the Racers' contingent of Rosemarie Whyte - an Olympic finalist, Ristananna Tracey and Shereefa Lloyd in the women's 400m.

It's early days but Simpson's 51.42, which was registered at the Queens/Grace Jackson meet in late January, remains the fastest 400m by a female in the world so far this season, and many will be interested to see whether or not she can further underline her intentions for the season with a good performance here.