A town steeped in rich history 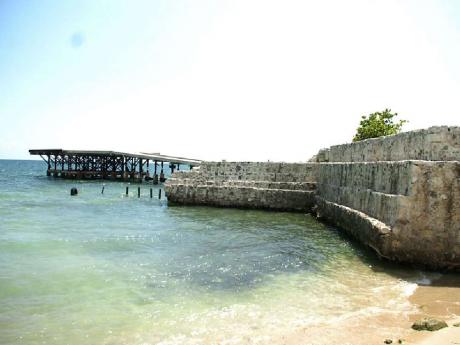 A section of Savanna-la-Mar's old fort in Westmoreland, located at the end of Great George Street in the town. - Photo by Christopher Thomas

Savanna-la-Mar, the capital city of Westmoreland, is steeped in history and pre-dates Jamaica's discovery by Christopher Columbus in the late 1400s.

Situated some 33 miles from Montego Bay in St James, Savanna-la-Mar, which means 'plain by the sea', was given its name during the Spanish occupation of Jamaica, although the first residents were the Tainos, who lived nearby in what is known today as Paradise Park.

The first European settlers came to the area in 1710, and the town eventually took shape in 1730, superseding the inland community of Queen's Town as the parish capital.

The town was adversely affected by an earthquake in 1744 and destroyed by hurricanes in 1748, 1780, and 1912. The third hurricane flooded the town to the extent that the famed ship, Latoona, sailed down the main street - Great George Street. But despite these natural disasters, Savanna-la-Mar revived each time.

Savanna-la-Mar was made a free shipping port in 1750, and up to 70 ships would dock there annually, with the town eventually gaining fame as the principal port for the county of Cornwall.

The town was a slave-trading port, with African slaves being sold at the local taverns and on-board the slave ships docked in the harbour. Aside from the slave trade, the two main industries were sugar and cattle-rearing for beef and dairy products.

Today, few remnants of Savanna-la-Mar's slavery days remain. Among the remaining landmarks are The Manning's School, which was first established in 1710 through the will of an early town settler named Thomas Manning and formally built in 1738; the water fountain outside the Westmoreland Parish Council building, donated by a planter named E.J. Sadler in 1887; and the Frome Sugar Estate.