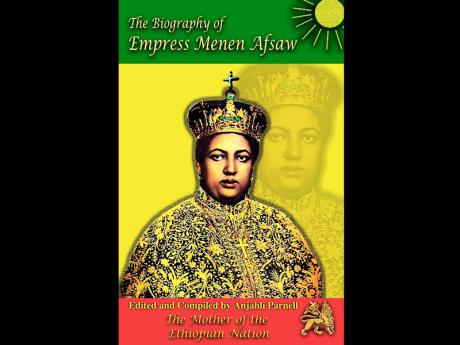 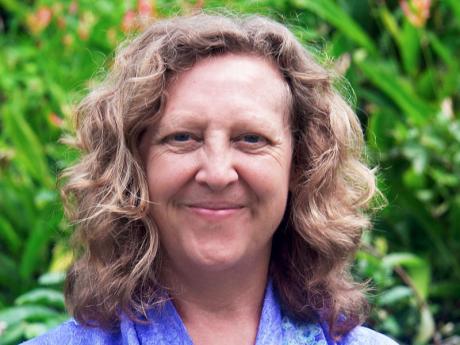 "It doesn't matter who did it, but people find it interesting that it is me."

This admission from Anjahli Parnell has to do with the publication of her first book The Biography of Empress Menen Afsaw, The Mother of the Ethiopian Nation, which is considered quite an achievement in and of itself, documenting as it does the life of a matriarch of the Ethiopian royal family.

Parnell, a white woman born in Anchorage, Alaska undertook voluminous research, travelled to South Africa, and Ethiopia and spent hours talking with people who know the royal family in order to get an accurate representation of a woman respected the world over for her unflinching commitment to the Emperor of Ethiopia, Haile Selassie, and the people of that nation.

The journey which started in 2009 with a trip to South Africa, culminated with the book launch at the Bob Marley Museum, St Andrew on Tuesday, April 3 the 121st anniversary of Empress Menen's 'earthday' (birthday).

It adds much substance to the meagre body of personal information about the woman who was crowned alongside the Emperor of Ethiopia, Haile Selassie, whose official title was King of Kings and Lord of Lords on Sunday, November 2, 1930, spending 47 years together before predeceasing him in 1962. The most notable work on Empress Menen's life prior to Parnell's book is the 50-page document by Yared Gebre Michael. With 240 pages inclusive of 62 historic photographs Empress Menen Afsaw, the Mother of the Ethiopian Nation offers much more than a glimpse into the everyday life of this remarkable woman.

It records how while husband Haile Selassie was engaged on the battlefield, among other things the empress established childcare centres and handicraft schools, and pursued successful business ventures while always attending to the needs of her family. Empress Menen also experienced a great deal of sorrow and personal hardship, including the loss of seven of her 10 children, spent five years in exile during the Italian occupation of Ethiopia and coped with the everyday struggle of on-going health problems.

For the author, who is married to a Rastafarian and lives in Jamaica but is herself not Rastafarian, the gruelling hours spent on the road and other hardships encountered trying to verify information which in most cases had to be translated first from the original Ge'ez to Amharic and then English, it was a difficult task. Still, she is proud of what is still a work in progress and there are some errors such as the misspelling of the Empress' name, Asfaw which appears as Afsaw on the cover. This, however, in no way detracts from what is definitely a well-needed and timed delivery, which was as much a joy in the conceptualization as gestation for Parnell, who admits as much.

"This entire project has felt like a gift from God, and so it is offered to the world with that in mind. I am deeply grateful for this opportunity to highlight such an extraordinary woman, Empress Menen. May her good works be remembered and treasured," she shared with The Sunday Gleaner.

In his endorsement of the text, His Imperial Highness, Sahle Selassie, the Empress' grandson who is also president of the Ethiopian Crown Council wrote:

"The rich, complex and challenging life of Empress Menen has remained obscure for decades. With the first-time translation and publication of this new volume, I trust readers will once again become reacquainted with the life of the Empress and her great contribution to her faith, her country and her family. There were many details about Empress Menen's life in the book that I learned about through this biography."