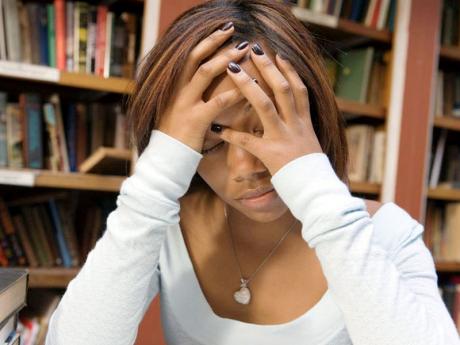 Liz Reid's 12-year-old sister delivers the bad news: "Terrence is getting out next month."

The sex offender their mother had married is being released from prison and moving in with them. Liz's sister, Jaime, immediately flees to live with their alcoholic father and conniving stepmother. But Liz, having seen their father beat their mother innumerable times and survived a drunken driving crash with him at the wheel, balks. She'll try to make it work.

And so she ignores it when Terrence touches her, obeys his petty demands regarding pizza toppings and TV-show selections, and tries to block out the sounds of sex coming from her mother's bedroom. She doesn't complain when her mother buys Terrence a new set of weights instead of getting her children shoes.

And when her mother tells her she must move out, Liz cries. A lousy home is better than no home, and Liz's sense of security is tied to her mother. For years, her mother took the blows from her father to protect the girls. But now she has a new life, and she has chosen: Terrence will stay, Liz will go.

Liz and her sister soon find themselves shuttled among relatives: Terrence's brother, their father, one aunt and then another. Yet, no matter where they go, Liz cannot escape Terrence. He visits, he calls, he writes.

Melanie Thorne's debut novel is raw with emotion as she describes Liz's often futile efforts to protect her sister and herself from the predator their mother has invited into their lives. It is often hard to remember that this is, in fact, a novel and not a memoir. In a letter tucked in the front of the book, Thorne outlines the similarities between her life and her character's.

"My mom ... married a convicted sex offender," she writes. "Like Liz, I was 'asked' to leave my home. And, like Liz, I was separated from my little sister at a time when we needed one another the most. Fifteen years later I still wonder what would have been different if my mom had forced her husband to leave instead of her daughters."

It's a good question.

Thorne's novel is an eye-opener. It's unlikely that anyone would disagree with a policy preventing sex offenders from living with young girls, but there's almost no public discussion of what that means in practical terms. I suspect most of us believe that any good mother, any rational woman, would choose her daughters over someone who has been convicted of sexual assault. But every year, hundreds, if not thousands, of women prove that's not the case.

Liz eventually finds a safe home with her mother's sister, but Thorne makes it clear her path still won't be easy, and she leaves the reader haunted by a nagging question: What happens to the children who are not so lucky?