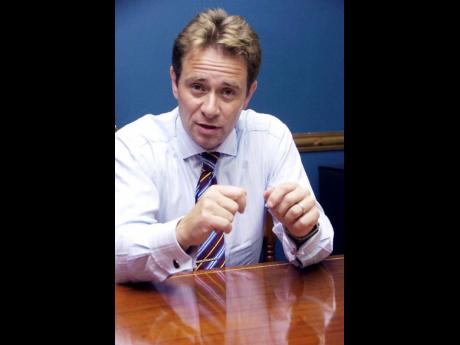 Triple profit in 2011 after scaling back on motor

"We are a proud subsidiary of Jamaica National and we want to be more closely identified with them," said NEM General Manager Chris Hind.

Hind did not disclose a date for the rebranding, but said "it will be soon".

JNBS is also preparing to launch into the life-insurance market, having got approval from the Financial Services Commission last year. It will become the fifth player in that segment of the market.

NEM, the longest established general insurance company in Jamaica, is a 99.5 per cent subsidiary of JNBS since acquisition in April 2000.

Its lines of business include the provision of motor insurance, liability and property-insurance products.

Hind contends that the decline in revenue flowed from a deliberate strategy by NEM to curtail its largest but loss-making motor segment.

"From a volume perspective motor was principal, but with losses and claims as far back as 2008/09 it had become unsustainable, particularly now with lower interest rates as a result of the Jamaica Debt Exchange."

"The focus to rein in motor and focus on growing our other lines of business paid off as we had an underwriting profit," Hind told Sunday Business.

"The decline in premium is made up of a sharp drop in motor sales while encouraging growth in other lines," he said.

At the end of the financial year, gross motor sales were about J$1.2 billion to $1.3 billion, down from the usual J$2 billion range reported over the past several years.

"We reduced claims by significantly reducing premium and made healthy profits," said Hind.

The company also made savings on claims, which fell on a net basis to J$580 million or well below half the J$1.4 billion of net claims reported in 2010.

"Our 2011 results are good, strong. For the first time in many years we made an underwriting profit; we made good profits in motor and property. The only question mark would be in the area of liability cover and that has not been performing consistently across the industry," said Hind.

"We want to have quality sales, to contain cost and maintain the significant improvement in claims," he said. "We have to make sure we manage our risk and have high premium to cover claims arising particularly from litigation."

NEM wrapped up the year with assets of J$7.7 billion, down from the $7.8 billion the previous year, but reported an impressive minimum capital test ratio which was 335 per cent, well above the FSC's goal of 250 per cent.

Going forward, Hind said the aim is to grow in a measured way.

"It will involve a continuation of what we have been doing - good underwriting decisions and growing the strength of our broker partnership," he said.

"We have done significant retrenchment in our motor book. Good data analysis will now allow us to grow that in a measured way while growing our lines of commercial property, engineering and liability."