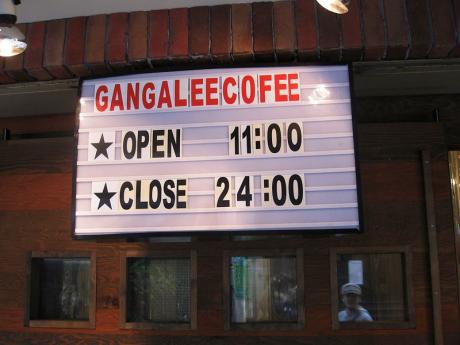 The connection between the name of this coffee shop and Louie Culture's early 1990s Gangalee is inescapable. 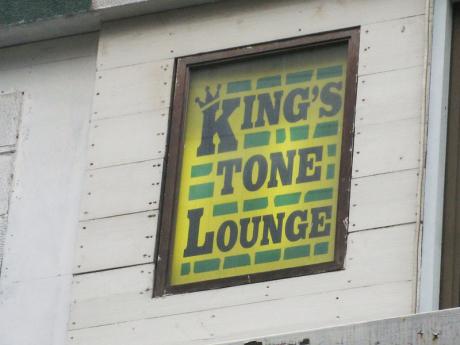 A lounge plays on the name of Jamaica's capital, using the colours of the national flag. 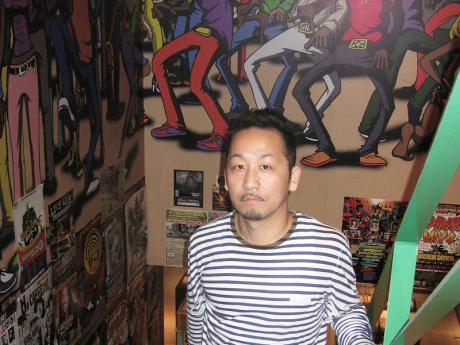 Takafumi Tsuruki inside his Rocker's Island store in Osaka, Japan, a mural of a Jamaican dancehall scene on the wall behind him.- Photo by Mel Cooke
1
2
3

Changes in dancehall do not help

The fleeting reggae encounters in those places of arrival and departure are symptomatic of a lasting interest in Jamaican music by 'the other 'J' island', long touted as a strong market for reggae and dancehall. After all, this is where Bob Marley and the Wailers started their 1979 'Babylon By Bus' tour in April, with three shows in Tokyo and one in Osaka. Yellowman and Fire Links are the ones most currently following the long-established touring trend of Jamaicans in Japan.

And this is the country from which sound system Mighty Crown, 2007 World Clash: Death Before Dishonour sound clash champions, comes, the 20th anniversary edition of their annual Yokahama Stadium event with Shabba Ranks last year pulling in thousands of people.

Speaking at the University of the West Indies (UWI), Mona, in July 2010, Dr Noriko Manabe, assistant professor of musicology at Princeton University, explained cultural similarities between Japan and Jamaica which underpin reggae and dancehall's popularity there. She outlined the similarities between Jamaican patois and Japanese, both melodious languages and Patois' grammar, she said, is more reminiscent of Japanese than English.

Manabe noted that most of the Japanese reggae/dancehall performers are not from Tokyo and explained that there are aspects of Jamaican culture which resemble regional/rural Japanese culture. Among those are humour and warmth, directness and unpretentiousness. Even 'Jah', the invocation of deity in Jamaica, has a phonetic equivalent in Japan, though the meanings are entirely different.

However, Takafumi Tsuruki of Rocker's Island, a speciality dancehall, reggae record and CD store in the concentrated club, restaurant and general entertainment area near Namba station in Osaka, warns that Jamaican music's following is not as strong as it would appear at first sight and listen. For many, he said, it is a fad, the concerts just something to do outside in the summer months. The loyal following is much smaller and the current production trends are not helping to boost - or even sustain - the numbers.

"In Japan, there are some people who like reggae music real, but not so much," Tsuruki said. Among the preferred artistes currently for those people are Tarrus Riley and I-Octane, and there is an I-Octane album poster prominently placed inside Rocker's Island.

Accounting for the events with huge attendances, Tsuruki said "Japanese people feel reggae is summer music. They will go to the reggae fest and party. But other summer events, the same people leave and go to other party - electronic, house, techno. Sometimes you see reggae video with Japanese festival with a lot of people. But I won't say people listen to reggae always. They don't know Mavado, I-Octane, Buju. They come to listen and jump around. You ask people who come to festival, they say they like reggae. But you ask 'you know Mavado' - they don't know".

So the heavily hip hop influenced music which dominates much of the current Jamaican music output is having a bad effect. Reggae/dancehall are associated with outdoors, while "hip hop music don't have vibes like that".

As with 'the original 'J' island', sales figures are a slippery area. Tsuruki said that Rocker's Island has manufactured a number of CDs under licensing arrangements for release in Japan, among them Best of the Early Buju Banton, Real Talk (Konshens), Bad From Mi Born (Munga Honourable), Live Life and Love It (G-Whizz), Luv a Dub (Alaine) and Thank You Father (I-Octane). Some are doing OK, others not so well, but he does not seem overly excited about the movement of any through the doors of Rocker's Island, although he did note that G-Whizz's style is especially suited to the Japanese market.

The Japan-focused releases are in keeping with a trend which includes Never Change by Chino and others, who have put out CDs specifically for that market. All-male groups TOK (My Crew, My Dawgs, Unknown Language) and Voicemail (Hey, Let's Go) have also had major success in Japan.

However, Tsuruki said the CDs which are currently doing really well are by Japanese artistes and organisations, such as mix CDs by sound systems Mighty Crown, Burn Down, Mighty Jamrock, Scorpion and Barrier Free. Also, individual performers Chehon, Fireball and JTB from Mighty Jamrock are also doing well.

A Sunday Gleaner visit to the multi-level Tower Records finds these artistes in the 'J-Reggae' section of the fourth floor, with the Jamaican products one floor above on the fifth. J-Reggae has the names Tsuruki gave and many more, among them Red Spider, Lecca and Hacnamatada. The Rocker's Island early Buju set gets prime billing in the Jamaican section, along with Sean Paul's Tomahawk Technique with an extensive Japanese promo. In the prime spot are also ska sets, including The Skatalites, Barrington Levy (Here I Come), Jr Gong (Half-Way Tree) and Jimmy Cliff (The Singles).

Tsuruki said vinyl sales are very low. "About seven years ago about 80-90 per cent of sales was vinyl. But right now it is like five per cent," he said. Rocker's Island also does digital distribution, selling worldwide, and currently gets much of its physical stock in the United States.

On the way to Rocker's Island Tarrus Riley's warning Beware came out of one store's doorway. On the way out of the area The Sunday Gleaner stops to check some really cheap watches on the street and Richie Stephens is on the speakers behind the stall.

Reggae, it seems, is everywhere in this section of Osaka.