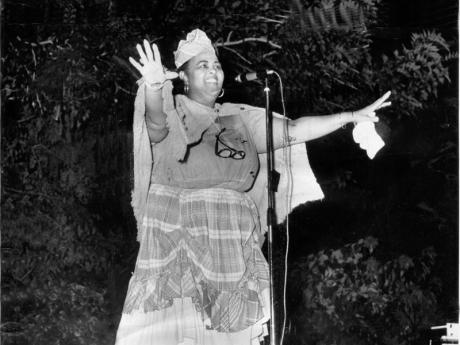 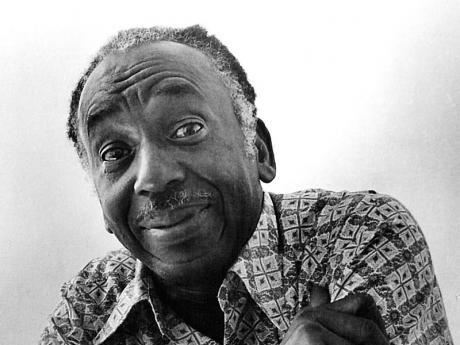 At an entertaining literary festival hosted by the University of Technology on Thursday, two of Jamaica's most celebrated cultural icons, The Honourable Louise Bennett-Coverley and Ranny Williams, were honoured for their contribution to the Jamaican literary arts.

The festival, which was part one of a three-part Literary Festival & Cultural Showcase, was held at the university's Caribbean Sculpture Park, and saw author, writer and storyteller, Joan-Andrea Hutchinson, and actor/comedian Glen Campbell replicating pieces of work from both greats.

The two presenters believed the honour was fitting for the ongoing celebrations of Jamaica's 50th year of Independence.

"The honour is very timely. In the 50 years of Jamaica's Independence, they have spanned ... well, they were there before we got Independence and they spanned more than 25 years after we got Independence. I think their contribution needs to be recognised and acknowledged. Their names will go on for another 50 years, easily," Glen Campbell, Breadfruit Kingdom actor, shared with The Gleaner.

Hutchinson also saw the honour as fitting but said she wished such efforts would be done on a wider scale.

"It is absolutely fitting. I just wish that this format would be replicated in other places. I wish all the other universities would do this. This was an excellent event. Glen (Campbell) did a good job and the workshop this morning went well. I wish this concept, as it is, could be replicated right across Jamaica. I would love to see this done across the diaspora also," she said.

Pat Ramsey, cultural director of the UTech Centre for the Arts, said honouring the two was a no-brainer.

"Who better to honour than the cultural icons who have passed through so much? When it was not easy, they held with it, and they gave us a legacy that we cannot ever forget - something that we are now celebrating - 50 years of Independence."

Campbell and Hutchinson were compared to Bennett-Coverley and Ranny Williams, respectively, by poet and professor emeritus at the University of the West Indies, Professor Mervyn Morris. Both said they were humbled by the comparison.

"I was quite humbled for my name to be even called in the same sentence as Ranny Williams. The body of work that he has provided for Jamaica, I don't foresee myself getting anywhere near to that level," said Campbell.

He said with 31 years under the belt, he will continue contributing to the arts in hope that he can leave a mark even half as great as Williams.

Hutchinson said being compared to Miss Lou was nothing new but it is always an honour to be compared with the late great.

The UTech Literary Festival and Cultural Showcase which is held each April was started as a means of encouraging young people to read. Ramsey said it is also an effort to use the arts to help develop those in the lower socio-economic bracket, who are not able to pay to experience the arts.