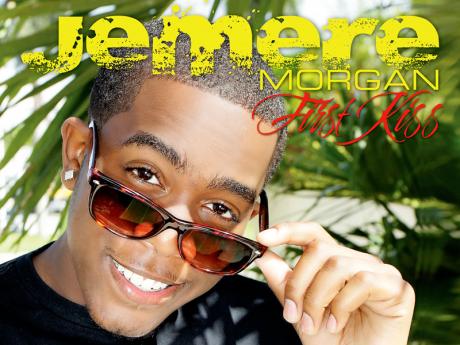 Jemere, the latest to join the Morgan Heritage family business

The legacy of Morgan Heritage continues.

Jemere, son of Gramps Morgan has now branched out into the music business like many of his relatives before him. According to Jemere, it was his father who discovered his talent.

"It started with me rapping, then my father heard me singing in the house one day and he told me I have a singer's voice so I need to be singing, and ever since that day I have been singing."

With a style he describes as a "blend between R'n'B, reggae, pop and hip hop", Jemere credits his musical influences for his style.

"I listen to all genres of music. I like Romain Virgo, Chris Brown, Chris Martin, Rick Ross, Ace Hood, Meek Mill, Shaggy, and Popcaan. It's a mixture, I don't necessarily have one particular artiste that I draw my influence from. I like to be well rounded and open-minded when it comes to my music, so listening to other artistes helps me look at things from a different perspective," he told The Sunday Gleaner.

The 16-year-old who is also a student, says he struggles at times to balance his roles.

"It's been a struggle for me because at times I want to put 100 per cent of my attention into the music, however, I know it can't work like that. I need to know business before entertainment so I keep my focus on getting my education. It also helps me with my writing because I can write about my experiences in high school, and I want to make sure I have an education to fall back on," he said.

The young artiste says he feels no pressure to live up to his family's legacy. "My dream is to take what they set in the music business to another level, but at the same time it's a real hard challenge to take on because Morgan Heritage is still growing till this day, so I'll just trod on with my family to the top."

In the meantime, the artiste is busy promoting his first two singles First Kiss and Sunshine Glow. The videos for both can be found on his website www.jemeremorgan.com.

In ten years, Jemere hopes he will be at the top of his game. "I would like to see myself having a successful career, winning a Grammy and an IRAWMA award and have also soldout Madison Square Garden. Those are my top dreams right now and I will accomplish them no if's and but's about it." he told, The Sunday Gleaner.