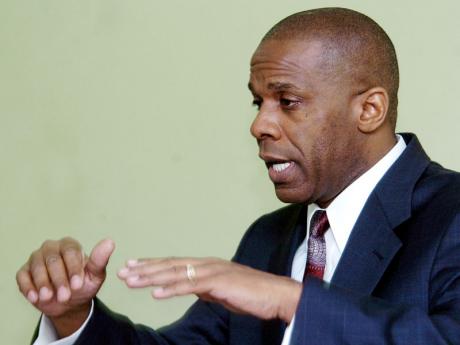 Corruption may be defined as "the use of public office (discretionary power, influence or authority) for private gain".

Transparency International (TI) has developed a Corruption Perception Index (CPI) which ranks countries based on how corrupt their public sector is perceived to be. The Economist online version of December 2, 2011 compares the CPI against the United Nations Development Programme's (UNDP) Human Development Index (HDI), concluding that there is little relationship between the two parameters when the CPI falls between 2.0 and 4.0. Above 4.0 however, there is a strong relationship between the CPI and the HDI.

Although TI indicates there should be no comparison over time, the data suggest that Jamaica has slipped considerably over the last decade and needs to at least regain its score of 4.0 and, possibly, exceed that value over the next three years.

Jamaica has enacted various anti-corruption laws and institutions to address corruption. Principal among these is the Office of the Contractor General (OCG), which is an independent anti-corruption commission of Parliament. In trying to reconcile the deterioration in Jamaica's corruption perception against the stridency and seemingly positive impact of the OCG, I reviewed the 56-page introductory remarks by the contractor general rather than its complete 1,023-page annual report for 2010.

The paramount objective of the OCG is to ensure that the public-sector procurement process delivers value to the taxpayer; is free from corruption, impropriety and irregularity; and is transparent, impartial, competitive, fair, efficient and effective. This freedom from corruption, impropriety and irregularity of the procurement process appears to be necessary but not sufficient conditions for delivering value to taxpayers.

While many persons believe that the OCG has, at times, overstepped its bounds, very few will disagree that the incumbent contractor general has been forthright and fearless in tackling corruption in Jamaica.

It is because the CPI has deteriorated over the past decade that one has to question why the efforts of the OCG have not resulted in the reduction in CPI.

The contractor general acknowledged that corruption is still alive and kicking in Jamaica today, and he places the blame for squarely at the feet of Parliament and the executive. In fact, the report states: "... The OCG continues to question the depth and the sincerity of the Government's stated commitment and political will to dealing with the problem of corruption in Jamaica ... ."

Among the recommendations that have apparently fallen on deaf ears include: the establishment of a single national independent anti-corruption state agency; and significantly increasing the sanctions which currently exist for breaches of the relevant laws.

The inadequate support from the political directorate notwithstanding, the OCG must change its modus operandi to ensure greater value for taxpayers. Based on my own experience as a consultant and listening to several senior public-sector officials, there are serious flaws in the contract procurement and monitoring processes, namely the delay in receiving approval; the low threshold value for competitive bidding; and the poor performance of contractors without the necessary sanctions.

The issue of lengthy delays arose in Parliament earlier this year when the finance minister and the opposition spokesman on finance both agreed that the very strict procurement rules are hampering the expediting of business of the State. In fact, it has been reported that several loans and grants to the Government of Jamaica are being held up for as long as nine months, prompting donor agencies to consider withdrawing said loans and grants.

The OCG responded as follows: "The procurement rules, which were comprehensively revised in January 2011, provide ample room and flexibility for emergency and direct contracting, as well as for relaxed procedures and reduced rigidity in instances of low-value procurements. Indeed, the OCG believes some public bodies have imposed strictures on themselves by not affording adequate time to carry out procurement procedures."

I urge the OCG to review the underlying factors causing these long delays rather than providing what seems to be a knee-jerk reaction to the complaint.

In many cases, manpower costs to administer a competitive bidding process can exceed the value of contracts, particularly those below the $275,000 threshold. While this cost will never show up on an agency's expenditure statement, it robs the agency of valuable manpower to achieve mission-critical outputs. This is a clear case of being penny wise and pound foolish, and I, therefore, strongly recommend that this threshold be increased to, say, $750,000.

Many public-sector officials also complain that their hands are tied, as the procurement process usually rewards the contractor whose tendering skills appear superior to others, but whose skills are not matched by actual performance.

According to the CG: "There are several NCC [National Contracts Commission]-registered contractors who have been found culpable of performing poorly on government works projects, but who, notwithstanding, continue to legitimately receive government contracts. This has occurred widely as a result of the failure of public bodies to document and to report the offending contractors' underperformance to the NCC."

I am in full support of the OCG on this matter. Too many times contractors (for works and services) fail to deliver on the objectives of the terms of reference. Agencies prefer to simply pay for poor work, as they believe that any attempt to blacklist contractors will be exercises in futility.

What I find mind-boggling, however, is that these agencies continue to accept tenders from, and hire, those very contractors that did not perform previously. I suggest that previous performance by a contractor be a component of the technical proposal score and ought not to be less than 25 per cent. I also recommend that a post-contract report outlining, inter alia, contractor performance be submitted to the OCG/NCC within two weeks of final payment.

The incumbent CG has indicated that he will step down when his seven-year term comes to a close later this year. I sincerely hope that he can be persuaded to serve a second term. Whoever becomes the next CG needs to reconsider balancing value with process. In fact, the new CG must be held accountable for improving the CPI of Jamaica. In order to accomplish the desired CPI, the CG will require the support of Parliament and the executive, which may require greater levels of relationship building without compromising its independence in carrying out its mandate.

I believe the first order of business for any CG starting a new term is to develop a comprehensive strategic plan designed to achieve a CPI score of, say, 6.0 over the next five years.