Protecting the economic value of our ideas 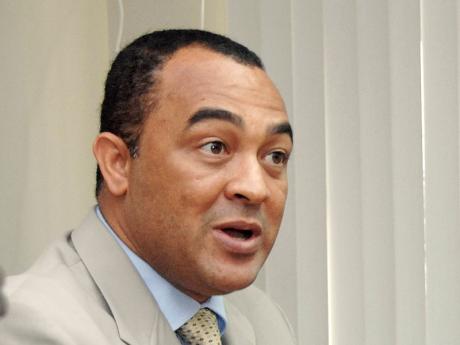 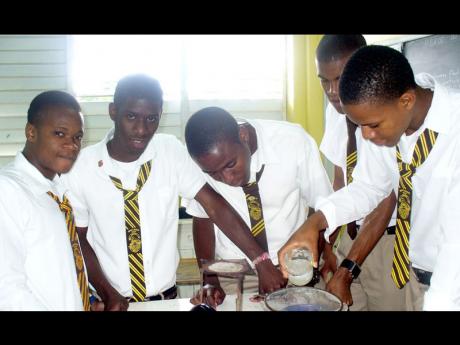 The innovativeness of these Spaldings High students, who devised a formula for transforming fish scales into an environmentally friendly form of plastic, is what could give life to a new brand of groundbreaking entrepreneurship which will spur economic growth. But Jamaica must revise its patent law to keep in step with international standards, says Chris Tufton.- File
1
2

It is a truism that the most important resource of any country are its people.

It is the capacity of our people that determines individual and collective productivity, local and international competitiveness, the development and growth of our community and country. Similarly, through the efforts of our people, innovative products are created, leading to profits, individual satisfaction, and happiness.

Many studies show that while natural resources give countries a potential economic advantage, it is important to note that these resources are as good as our ability to use our intelligence to transform and create value for ourselves and others. It is, therefore, our intelligence capacity that really makes the difference.

Ultimately, it is our intangible assets, which include our intelligence capacity, and our ability to use these assets, that determine our economic and social destiny.

Oftentimes we overlook that significant intangible assets are invested in a company's human capital and its know-how, and these intangibles have a value.

In the developing world, primarily among small businesses, we tend to undervalue our intangible assets, at tremendous cost. Not so with larger, more developed countries and companies. In fact, a recent survey of Fortune 500 companies estimated that anywhere from 45 per cent to 75 per cent of the wealth of individual companies comes from their intellectual property rights.

As the world turns, and we become increasingly networked, our innovative capacity (our intangible assets) has to be given the framework and motivation in which to function - not just for the individual or innovator, but for businesses and for the advancement of society generally. It is that innovation that makes our lives better and generates economic activity.

Where would mankind be today without the light bulb and electricity, motor engines, medical solutions to various ailments, or even Jamaican jerk seasoning?

Innovation is not a simple process, and the innovator not a jester.

There is tremendous effort and costs associated with meaningful innovation. It takes vision of what could be, not what is. It takes time and resources for research, trial and error, and at times you never get it right, but nonetheless incur much expense.

So for the innovator, his sacrifices should be encouraged, and recognition and protection guaranteed.

As far back 500 BC in the Greek city of Sybaris (located in what is now southern Italy), protection was given to new inventions. "Encouragement was held out to all who should discover any new refinement in luxury, the profits arising from which were secured to the inventor by patent for the space of a year."

Countries the world over have taken steps to protect innovation, as there are billions of dollars to be lost or gained from innovation that is either protected or not protected.

This is what patent law is about: "a legal framework that establishes a system which supports and encourages technological innovation and promotes economic development," according to the World Intellectual Property Organisation (WIPO).

A patent gives exclusive right for an invention. That invention could be a product or process that provides, in general, a new way of doing something, or offers a new technical solution to a problem. Patent provides protection for the invention to the owner of the patent. Normally, the protection is granted for a limited period, an average of 20 years.

Thousands of patents are filed each year.

Under the WIPO-administered Patent Cooperation Treaty (PCT) last year, 181,900 applications were filed - a growth of 10.7 per cent on 2010 and the fastest growth since 2005. China, Japan and the United States accounted for 82 per cent of the total growth.

In Jamaica, we have averaged approximately 70 patents per year since 1993.

The current Patent Act is from 1857. That act was adopted from the United Kingdom patent law.

There are many issues with the act in its present form.

Second, we are in breach of our international obligations, having signed the World Trade Organisation Agreement on Trade-Related Aspects of Intellectual Property Rights (TRIPS Agreement (1994), while yet not implementing the terms of the treaty which include, among other things, amending The Patent Act. Similarly, the current act does not allow for Jamaica joining international treaties, for example, the PCT, which, as a member, would provide technical assistance and international examination services.

Third, the act does not cater to advancement in science that has taken place today. It focuses on horse and buggy era. In fact, we are one of the few Caribbean islands not in line with new patent laws and therefore not a member of the PCT. As such, we are hampered in being a part of the proposed regional Patent Office addressed in the Treaty of Chaguaramas.

Threat of US Sanctions

Fourth, our outdated patent laws are placing us in jeopardy of trade sanctions by the United States government, as Jamaica is among the countries listed on the US 301 Watch List for failure to offer sufficient protection to US inventors.

By way of background, US trade representatives carry out annual reviews of measures taken by countries in the protection of intellectual property rights and how they meet bilateral and multilateral trade obligations. The Special 301 Report is disseminated to countries and used as a guide as to how to protect American innovation and creativity around the world.

While Jamaica has been a member of the WTO and a signatory to its agreement, TRIPS, we have not met the deadline for putting in place new and more modern IP laws, which were due for developing countries that signed on to TRIPS by January 1, 2000.

As a result, Jamaica stands the risk of being elevated to a 'Priority Watch List' and, ultimately, trade sanctions can be initiated against the country for failure to address the problem.

The role of increased IP rights protection in enhancing Jamaica's trade and economic development has been recognised and emphasised in Vision 2030, the National Export Strategy, the National Aid for Trade Strategy, and other domestic policies including the National Cultural Policy. We have fully recognised the need for this new and more modern legislation. We have talked about this for the last 12 years. Action is what is missing.

In recognition of the economic opportunities that can flow from the talent that we individually and collectively possess as a country, and the need for expanded industry and the creation of jobs, the Government should move on this quickly.

Chris Tufton, PhD, is an opposition senator and spokesperson on foreign affairs, foreign trade, and investment. Email feedback to columns@gleanerjm.com and CCTufton@yahoo.com.