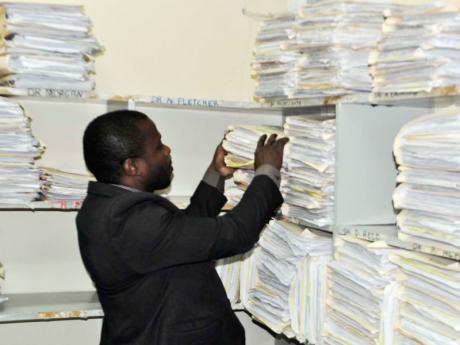 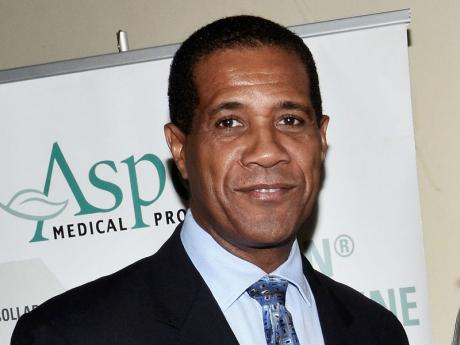 If you have been a patient at two of Jamaica's leading hospitals, your medical records could be in the wrong hands

An anorexic control system and lax security measures at two of Jamaica's hospitals have left the confidential medical history of patients open to public access.

A Sunday Gleaner investigation has revealed that patient information, contained in thousands of medical records at the Kingston Public Hospital (KPH) and the University Hospital of the West Indies (UHWI), can be accessed and read by anyone wishing to do so.

This is in breach of all the rules and guidelines for the storage of medical records locally and internationally and could lead to the hospitals and the Government facing several lawsuits.

Director of health records services in the Ministry of Health, Marjorie Hendricks, has confirmed that medical records are confidential documents.

She explained that the ministry's policy governing access to patient records prohibits doctors and nurses from viewing the medical records of patients who they are not treating.

Hendricks noted that in the past, a patient's medical information was kept on a clipboard by their bedside but that has changed with the times. These days, patient dockets are kept closer to the nurses.

According to Hendricks, people are aware that they can sue if their medical information is not kept confidential and that is the reason the ministry amended the rules governing the storage of patient information.

She added that the health ministry's policy forbids the release of patient information without the patient signing a consent form.

Hendricks, unaware of The Sunday Gleaner's probe, appeared convinced that the medical records are being kept away from prying eyes.

"They are stored in the health records department's filing area that is pretty secured. Our records are secured. They are secured," boasted Hendricks.

"The only person with access is the health records staff (and) the workers are not allowed to read but to handle," added Hendricks.

"In all my years, I've never heard of any unauthorised person taking records off a ward or reading it on the ward," she said.

But our news team was able to prove her wrong.

Our reporters visited KPH and were able to leaf through patient records that were on a table in the middle of the Mary Seacole Ward.

About three nurses, a doctor and other hospital workers were on the ward at the time.

Our news team was also able to video record one reporter flipping through the pages of a patient's medical records while a hospital worker walked past him.

To the hospital's credit, it appeared that some of the other wards only stored patient records behind the nurses at their station.

During two visits to the UHWI, our news team was able to browse through medical records that were left unattended at the nurses' station on ward seven - the medical ward.

On ward 18, our news team was able to remove a patient's docket from the ward and return it several minutes later without anyone noticing.

No fewer than four nurses were in proximity to the file when it was removed and returned.

Ironically, the file jacket containing the patient's medical history categorically states that not even the patient is allowed to handle his or her own file.

Later, our news team was able to gain access to one of the hospital's medical records office.

The reporters were able to handle and flip through the medical records without being interrupted.

The following night, a return visit was made to the hospital and nothing had changed, access was easy.

In response to The Sunday Gleaner's probe into the security of medical records at two hospitals in Kingston, Dr Trevor McCartney, acting CEO and medical chief at the University Hospital of the West Indies (UHWI), admitted that gaining access to patients' files was a breach of security.

He, however, pointed out that the medical records office must remain open 24 hours because at any given moment medical staff might need to pull a patient's file.

McCartney, however, conceded that a security guard should have been manning the area to ensure that unauthorised persons do not gain access to the confidential records. "Only bona fide hospital staff should be allowed in that area," said McCartney.

"We have a security company that controls the movement of people within the institution - this is a breach in the security measure," McCartney added.

Each year, UHWI sees approximately 60,000 patients in its accident and emergency unit and roughly 250,000 persons utilise the services offered by the various out-patient departments. A medical record is kept for every patient treated at the hospital.

McCartney reiterated that medical records are "extremely confidential" and should only be the purview of the medical team.

"Medical information is supposed to be private to protect the patient's confidentiality. It is sacrosanct and not for the general public to be aware of.

"Jamaican law does not allow for it to be copied except that it be subpoenaed by the court or the director of public prosecutions. A medical report is given but not a copy of the report," McCartney explained as he contextualised the gravity of the breach.

However, he contended that it is impractical to expect working nurses and doctors to walk around with medical records under their arms when the files are being used on the ward.

"I'm sure there are challenges but the regulations are very clear - someone should always be there. That is unfortunate (and) ought not to have happened," said McCartney.

He also suggested that our investigation breached the hospital's privacy. However, our news team merely leafed through the files and deliberately did not attempt to read the patient's medical information.

Still, McCartney said the findings of the investigation would result in a significant tightening up of the hospital's security procedures.

"It will cause a bit of disquiet and persons will not be allowed to visit freely, they will be tracked. We are going to watch persons like a hawk," said a displeased McCartney.

In the meantime, Tanny Shirley, chairman of the South East Regional Authority, told our news team that the security issues will be addressed.

"Certainly, we will look into that," said Shirley as he argued that he has never heard of a previous infraction.

"As far I know, it has been maintained with the highest level of integrity."

He explained that the storage of files on the various wards can be a "bit tricky", especially because there are more patients than workers.