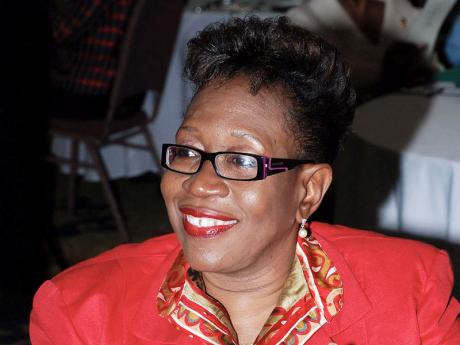 THE Director of Public Prosecutions (DPP) says her office has not ruled out the possibility of bringing criminal charges against confessed fraudster David Smith.

Paula Llewellyn has told The Sunday Gleaner that her office has not yet proffered fraud-related charges against Smith, former head of the failed Olint investment scheme, because of the failure of complainants to come forward.

"You did not have any complainants who were prepared to give the kind of evidence," Llewellyn said.

"When efforts were made to go back to them, they would not cooperate," the DPP added.

Jamaica, according to Llewellyn, assisted United States authorities under the Mutual Legal Assistance Treaty (MLAT) in investigating the case against Smith.

She added that since the conviction of Smith, the United States authorities have enquired of her office about what is to be done with the material that include computer hard drives and documents, which Jamaica supplied.

"We have indicated that they are to send them back to us. We will collaborate with our investigators to see if anybody else has come forward to see whether there is anything," Llewellyn said.

Last March, Smith pleaded guilty in the United States to defrauding investors of more than US$220 million.

Seven months earlier, Smith was sentenced to six and half years in prison in the Turks and Caicos after he pleaded guilty to two counts of money laundering and two counts of conspiracy to defraud.

The United States Attorney's Office, Middle District of Florida, had publicly acknowledge that "considerable investigative support has been and continues to be provided by foreign law-enforcement agencies and governments".

The office listed the Financial Services Commission (FSC) in Jamaica among the agencies that provided support.

"All nine orders were granted by the court on July 15, 2010 and subsequently served on each of the nine financial institutions requested," she added.

According to the DPP, the US authorities asked for various documents and certain items to include computer hard drives which were seized by the FSC and the Financial Investigations Division during a joint operation which was conducted after the execution of a search warrant in 2006.

The search was conducted at Smith's home as well as Olint's New Kingston office.

"These items were secured in entirety and handed over to a team of US investigators who visited Jamaica for a week during the month of June 2011," Llewellyn said.

She also disclosed that US investigators came to Jamaica and conducted interviews with a number of named persons.

In his plea agreement, Smith said he executed a Ponzi scheme to defraud over 6,000 investors located in the Middle District of Florida and elsewhere of more than US$220 million.