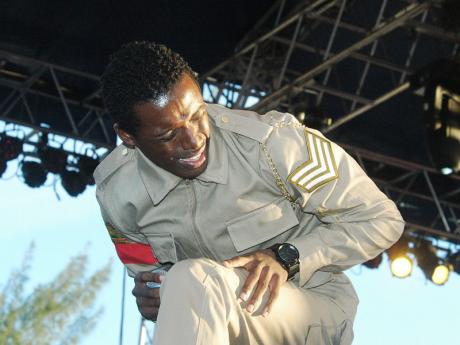 No longer just a rising star, reggae artiste Romain Virgo says his growth and development into a recording artiste can be seen in his new album called The System.

In 2007, Virgo copped first place in the Digicel Rising Stars competition. But, he said, he has grown tremendously since then.

"I don't see myself as just a rising star anymore and I don't think I am a star yet. I just see myself as developing into a recording artiste. People recognise that and most people see me for the songs that I am doing now. I still have to give thanks for Rising Stars, but I have to grow away from that now," he told The Sunday Gleaner.

The growth, Virgo says, is shown in his second album, The System. And, he says it shows more maturity than Romain Virgo, his first effort released in June 2010.

"I think it's a more mature album than the first in terms of the lyrics, melodies and the instrumental part of it. The first album showed what I could do, just to kinda introduce myself to the people and show them most of the things that I can do. This album shows the direction that I want to go in," he said.

The album was scheduled for a May release but it has been pushed back to June in order to accommodate the release of another single from the album called Mama Song. This follows the release of other songs from the album like The System, Rich In Love, a cover of Adele's Do You Remember and I Know Better.

Virgo said the album has roots, lovers' rock, rub-a-dub and a fusion of dancehall and R&B. He explained that the album is more direct than the previous one and all the songs point to the theme of the album. However, he stressed that it still has 'love' songs, as this is what he is known for.

The producers who worked on The System are Shane Brown, Donovan Germain, Dawin and Omar Brown from Vikings and Nicholas Browne.

"Mi kinda have a chemistry with everybody that I work with on this album. It was smooth and nice," Virgo told The Sunday Gleaner.

While he had input from several persons, there is only one collaboration on the album with Busy Signal on a song called Broken Hearted.

Although a more mature effort on his part, Virgo says no specific audience is being targeted.

"It's not targeting any market 'cause everyday the fan base grows stronger and stronger. Is just the same vibe we a use fi get more fans. The type of music is not much different, it's just more mature and interesting. I think it is a better album than the first," he said.

But unlike the previous album that had many songs that were released long before the album was even conceptualised, Virgo said this new project might require more promotion.

"It ago tek a little while before people catch on to this one. We will have to go harder with the promotion. We have a good team so we a do wi best. The main focus is the album. We don't want to have an album out and nobody don't know about it," he said.

While the promotion of the album is ongoing, Virgo has shows in the United States, Caribbean, Japan, Africa and Europe in coming months.