I want the public to know …'The real Mary' 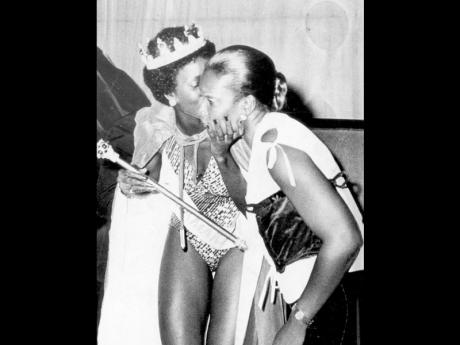 Tumultuous is how Mary Lynch describes the union between herself and deceased banker Leary Lynch.

"It (the marriage) should never have happened," she says, reflecting on the life they shared, which she said was fraught with pain and tragedy.

Barbadian Leary Lynch was killed in 1992 during what his widow says was a fight between them.

Mary Lynch contends that the picture painted of her by the prosecutors and captured by the media in the high-profile trial was inaccurate, and she is now fighting hard to set the record straight.

"I want closure," she says, "and I want the public to know the real Mary.

"'I was never a housewife. I was a sales specialist who worked with several corporate entities in Kingston and abroad. From very early, I developed a good business acumen - strategies for doing business I learnt from my uncles," Lynch says.

According to Lynch, she is a highly educated woman who, after leaving high school in Kingston, went on to Duffs Business College. Later, she studied fashion designing and cosmetology.

"Talk to anyone at the bank and they will tell you how good a designer I was, and how well dressed I presented myself at all times," adds Lynch.

Delving into her relationship with Leary Lynch, she told The Sunday Gleaner that when she met Leary Lynch in 1969, she was a wealthy young woman.

"I was driving a brand-new 1969 404 Peugeot, purchased from General Motors overseas. That was my third brand-new car. I had the title for a property I had already paid off on and I had a good bank account, travelled extensively. I had an endless wardrobe, fashionable clothes and jewellery," she says, showing off some diamond pieces she now "treasures".

"I was setting up myself to be independent so that when the right man comes along I would be comfortable," Lynch reflects.

She argued that her late husband "had nothing," when they met and she gave him a "tremendous push" professionally.

"I did not meet him as a senior manager; he was a clerk, and gradually worked himself up through the bank over a 20-year period."How did the 37-year-old spinster and the 43-year-old bachelor meet? The date was August 18, 1969.

"I was introduced, I acknowledged him and said to myself, 'This is not my type of man' because he was not well put together."

Despite her reluctance to get "hooked and the many red flags", Mary and Leary started dating.

After 11 years, they tied the knot in Barbados, and according to Lynch, it was no dream wedding.

"None of my relatives were allowed to attend the ceremony. It was a simple one. I wore a simple ivory jacquard tunic pantsuit that was designed for me, a broad-rimmed floppy hat with a peach rose, a pair of skimpy toe-bar across cassidy sandals - peach and ivory. I dressed myself at the hotel we were staying. He wore one of his working suits.

"There were about 30 persons at the wedding, all members of his family. There were no speeches, no reception.

"I had a champagne party at the hotel after the ceremony and we flew back to Jamaica the next day. I got no gifts," Lynch recalls.

She told The Sunday Gleaner that the immediate years after marriage were harrowing.

By then, she said her husband had built a house in Cherry Gardens where they resided. According to her it was just that - a house and not a home. She was having serious marital problems.

"The physical and emotional abuse started. He was having a lot of problems at work, people were getting promotion over him and he took it hard. It would take nothing for him to beat me up," Lynch revealed, outlining years of abuse.

She is bitter because none of this came out in her trial.

"I was a battered woman, and that side never came out," she tells The Sunday Gleaner, showing a number of old scars.

"He would punch me all over whenever we had an argument. My throat and hair were his playground; if something happened at work, he would fight me," she says.

She showed us a copy of a doctor's report dated September 1984.

It highlighted: "A resolving haematoma (blood clot) to the left templar mandobular which could have resulted from a blow received 31/8/84 by a blunt object such as a fist."

"He was anti-woman, he hated women. He only married me to bear children, which I never did. I had two miscarriages. At the same time I was a showpiece; I was a trophy wife. I was successful, pretty and going places and he was jealous," Lynch smiles for the first time during the interview.

Despite a myriad of marital problems, Lynch did not leave her husband.

"I tried talking to him. I said, 'We cannot live like this, let us get a divorce.' He said, 'If I want a divorce, I will get one'. I begged his mother, sister and father to talk to him. His father said that's how he is, and that I wanted to fight fire with fire.

"I should have left, but it was hard. What attracted me to him was his brains, because he was a bright man with, I think, two master's degrees. Then he would go from one extreme to the next, there was no middle ground," Lynch reflects.

Since her release from prison in May 2007, Lynch has been trying to move on with her life. She now lives in an apartment she owns surrounded by some of her favourite things - what's left of her "collection of china and crystals".

She explains that the State confiscated her house and other valuable assets, but she has found her footing once more with the help of her family, friends and church associates.

Read 'I Am No Murderer'