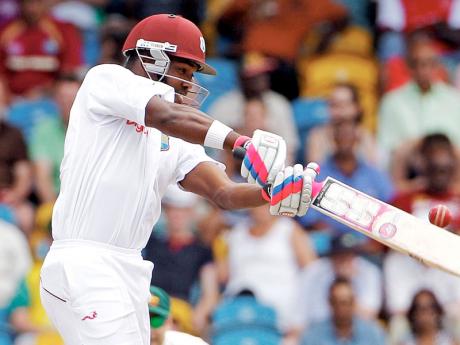 PORT-OF-SPAIN, Trinidad (CMC):Stylish West Indies left-hander, Darren Bravo, will be looking to unveil a special innings when he plays his first Test in his homeland, starting today.

The 23-year-old has been one of the most prolific batsmen in world cricket over the last year and is now poised to put his talent on display at the Queen's Park Oval in the second Test against Australia.

Bravo is a member of the Queen's Park Club, along with older brother Dwayne and West Indies batting great Brian Lara.

"For me, this is a really special occasion to play my first Test match at home. I've played a few Tests in other parts of the world, but for me it is a great feeling to get the chance to play at a ground where I grew up and played most of my cricket from a very young age," Bravo said.

"I know the pitch and the way things happen here so I'm quite comfortable going into the match. I got two starts on the first match over in Barbados so I'm looking to kick on here at home and get a major score, a big score. I believe something special is around the corner."

Despite three handsome centuries on the Asian subcontinent last year, Bravo struggled throughout the regional first-class season and in the five-match one-day series against Australia last month.

However, he got scores of 51 and 32 in the first Test in Barbados last week and said he was happy with the way he was playing. He said advice from Dwayne and Lara had also helped.

"I am quietly confident that I will do well. I am timing the ball nicely and I'm quite happy with how I am playing at the moment," he explained.

"I got some advice from my brother and from Brian and they told me just to make sure I assess the conditions, look to build an innings and play to my strength. This is what has worked for me and I will continue to do what is required for the team."

"It was unfortunate so I will look to correct that when I get that next opportunity."

West Indies will be gunning for a win to level the series after Australia took the opening encounter by three wickets last Wednesday. The hosts dominated the match, but played poorly in two critical sessions on the fourth evening to throw away the advantage.

"We felt we gave a good account of ourselves in Barbados, but we just let it slip on that fourth day. The good thing about it is that we know what to expect," Bravo pointed out.

"We know they will come hard, but we have showed everyone that we have what it takes to match them and compete."