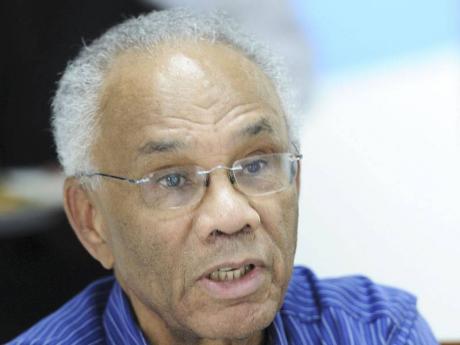 While all eyes will be turned on Dr Peter Phillips on May 24 on how he composes the Jamaican Budget to achieve, in addition to economic growth and the protection of the vulnerable, meaningful fiscal targets that will not dissatisfy the Washington Consensus and the markets, we must not lose sight of the single most important factor which has plagued the Jamaican economy for close to 40 years: energy.

I don't know how many people are aware that oil was so cheap that in the 1960s, we examined with Mitsubishi, and separately with Kaiser Aluminum, the building of an aluminium smelter in Jamaica. A smelter of the size contemplated required some 200 megawatts of electricity, about one-third of our current average domestic use. However, the quadrupling of oil prices in late 1973 put paid to this.

We have seen stupendous rises in oil prices, since the beginning of the latter half of the last decade with devastating consequences all round, but particularly the alumina sector, which has seen two plants closed for three years (the loss of production from which is equivalent to US$650 million in gross export earnings!) and the other two barely holding on for dear life.

The rather adverse effects on the domestic home consumer and the Jamaican economy can be illustrated. The average householder uses about 170 kilowatts of electricity per month. At US$0.40 per kilowatt-hour, this is equivalent to US$68 per month, or US$816 per year. If we calculate the cost on the basis of 500,000 such consumers, this represents a spend of US$408 million annually!

Were the price to be lowered to US$0.25 per kilowatt-hour, as is being touted for the new generating unit (Note that as this would represent only 60 per cent of the entire system in the first instance, the average price would be higher), this would translate into increased disposable income to consumers of about US$150 million, which would be a stimulant to the Jamaican economy in the purchase of local goods and services rather than most of it on imported oil.

In light of the foregoing, we have to strive to achieve four important objectives:

1. Replace oil with coal or natural gas, which are both cheaper now and expected to be so over the long term, for the electricity-generating and alumina sectors;

2. Get the country to conserve on its use of energy, regardless of the fuel;

3. Exploit local renewables and wastes in the production of energy to the maximum extent possible and feasible;

4. Rebalance the ratios between the use of public and private transport as a means of reducing our use of gasolene, which is far more expensive than the fuels used by the electricity and alumina sectors.

I consider assisting the prime minister and her relevant portfolio ministers in achieving these objectives as perhaps the most important of my current tasks.

Carlton Davis is special adviser in the Office of the Prime Minister. Email feedback to columns@gleanerjm.com.