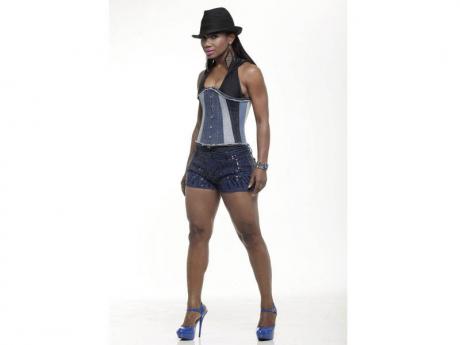 Last week Sophia Brown's album Catch Me If You Can broke into the top 100 on iTunes making her the first female reggae artiste this year to do so.

This week, the sexy songstress is at it again as her song Tonight Is The Night, is the number one song on the Jamaica Music Countdown Top 25 Reggae charts. It is the first time Brown has had a number one hit in Jamaica.

However, earlier this year, the single had already climbed to the number one spot on the South Florida Reggae Charts and to number three on the New York Reggae Charts.

Tonight is the Night, which is on the recently released album, was produced on Brown's Music Mecka Record label. The song that was made famous by Betty Wright back in the 1980s has been on the JMC charts 22 weeks and was number two last week.

It replaces Fill My Cup by Don Dexx that held the top spot for the last two weeks. According to the singer, this number one was a long time in coming. "I am happy being number one in Jamaica. It has been a long time in coming," she said. "As I have said before, I work hard for everything that I am receiving now. Nothing was given to me; I had to prove myself to the whole world and I must add that hard work is not a problem to me."

It was just about two weeks ago that Brown's album was launched internationally via Zojak Worldwide and since then, it has been all good news for the singer. There is even more good news for the singer as yet another distributor is handling her album in the United Kingdom. "We just signed with PSonar, a company in the UK to do the United Kingdom leg of the promotion of the album," she said.

PSonar is a streaming music supplier and will be handling a viral campaign for Catch Me If You Can.

"The way the viral campaign works is that the complete album is unlocked for free when someone shares it with a friend, so it's a very nice tool with which to get your name out there to people who may not know who you are," explained Zojak Worldwide president Aaron Mahfeldt. "If enough people do it the thing goes viral and thousands of people will have access to the album, the caveat being that the album is only accessible for a week then they have to pay to play it again."