Casie and her Chainsaw 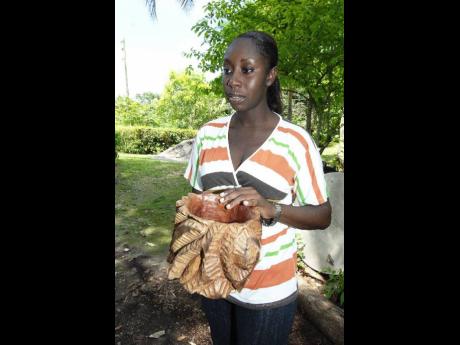 Another of her designs. 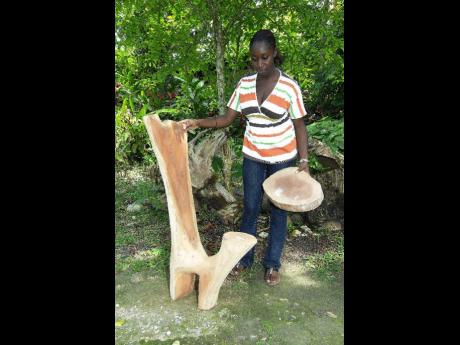 Casie Nicely stands beside one of her unfinished chairs. 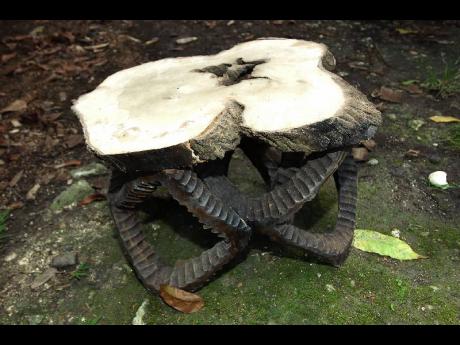 For a rustic feel, this table fits the bill. Look at the intricate carvings on the legs. 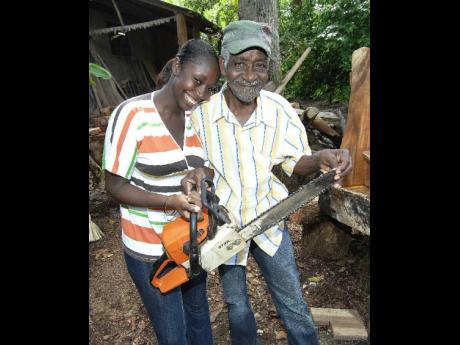 Casie Nicely and her dad, Gilbert, show off the chainsaw which has been the most important tool in their jobs. - Photos by Ian Allen/Photographer 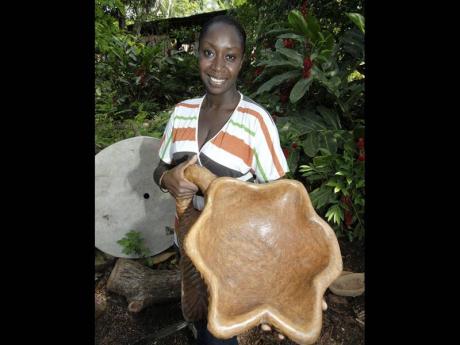 Casie Nicely shows off her centrepiece which is multi- functional. According to her, it can be used to create a statement or to hold items such as fruits. Both top and bottom can be used for the same purpose. 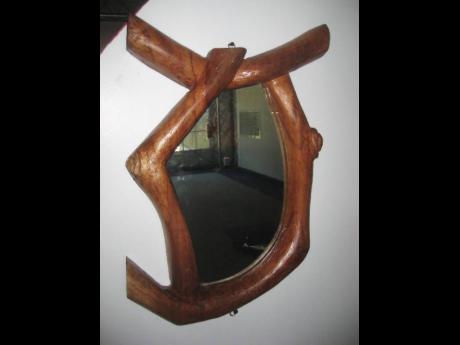 Mirror, mirror on the wall, this is the nicest one of all! 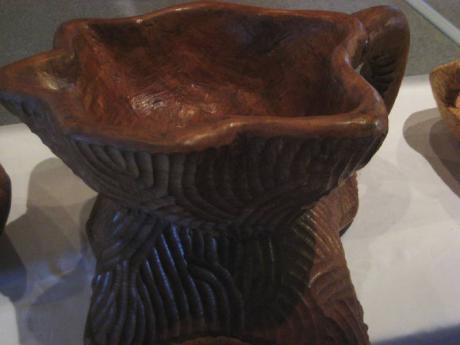 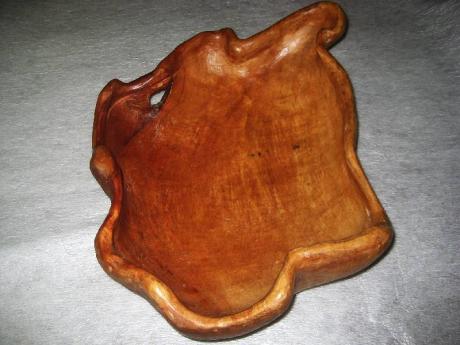 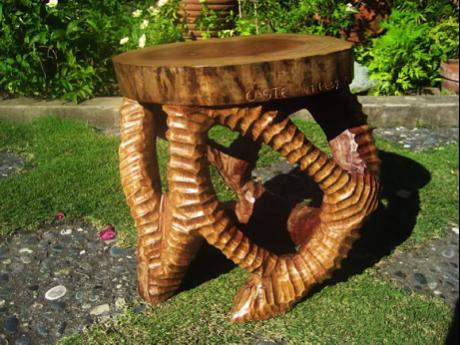 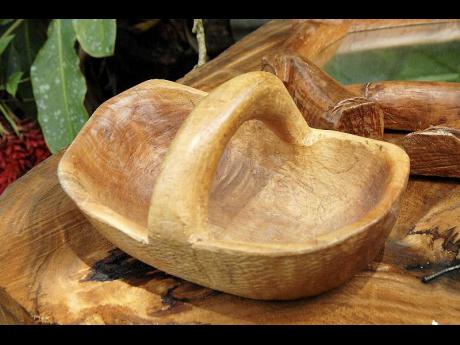 One of the many fruit baskets, Casie Nicely has made. 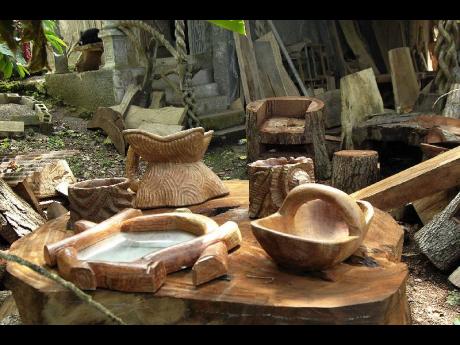 Her best friend is a chainsaw. Not the typical thing for a woman to get close to, but this tool has allowed Casie Nicely to accentuate dwellings and business places with her creative and statement-making furniture.

In her home in St Mary, the 26-year-old works in a designated workshop which is also shared with her father.

Her father, Gilbert Nicely, according to her, is responsible for the passion she has for woodwork. "When I was younger, I always saw my dad using the chainsaw and would ask him to make stuff for me, but he just wouldn't have the time. And then eventually I started to try making things on my own".

Every aspect of creating furniture and accent pieces, Nicely says she learnt from her father, who is also in that trade. A graduate of Tacky High School, she was convinced by the age of 12 what profession she wanted to pursue.

Not the typical area of work for a woman, this job is her only full-time source of income and this she has been doing for 12 years. Specialising in rustic pieces like stools, baskets, love seats, doors and mirror frames, her pieces are not limited to local buyers.

An avid beach-lover, Nicely exclaims that not only does she get to 'splash around' in the water but that is where she gets some of her inspiration as well as material she uses to create pieces. "I go to the beach to get things like driftwood. I like working with it as it has a unique shape. I can play with it and be creative."

Proud of her creations so far, the skilful Nicely says that her job is no walk in the park. She notes that other than creativity, there is a level of strength that is needed. "For bigger pieces, I need help and I normally rely on my brother to help me with the lifting. And when I use the chainsaw, it is not that easy especially when I have to balance pieces between my feet".

Her favourite types of wood to work with are guango and cedar, which have opposite features. "I love to work with guango because it is hard and won't break easily. The cedar is much softer than the guango."

Spending her time mostly in her work studio at home, Nicely says that sustaining the business is important as there are certain things that have to been taken care of. "The chainsaw uses gas oil and when working on bigger pieces it take up a lot more. Sometimes it can also get damaged when working on wood such as the guango which is very hard."

As a way of getting her motivation and inspiration to make pieces, Nicely says she relies on nature as well as the guidance of her father. It helps too that she has always had that artistic touch.

To promote her creations, Nicely says she relies mostly on trade shows and referrals. She also says with pride that what she does to stand apart from others in her field is that she tries to make her pieces one of a kind. "I really try not to repeat myself when designing."

A time-consuming job, smaller pieces can take up to four days to be completed and for the bigger ones around three weeks.

In this for the long term, Nicely says that as long as she has the strength, she will be creating and designing furniture. She also has plans to teach the trade. "Hopefully, I will be able to pass on this trade by teaching it."

And as for her female counterparts who are apprehensive about entering a male-driven profession, determination and love she says are critical. "I don't see many women doing this kind of work, but they don't have to be afraid just because they are females."

Casie Nicely can be contacted via email at aj_artworld@yahoo.com or telephone:374-4376