Analysis of the impact of infertility on fertility change in Jamaica: 1960-2002 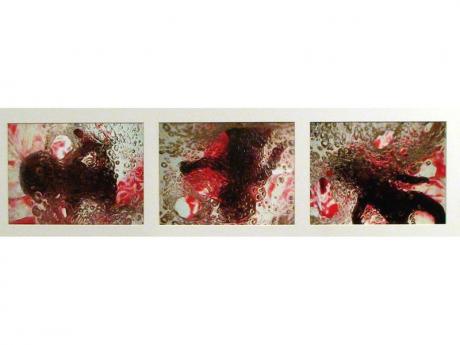 Research into the factors constraining fertility levels has tended to focus on modernisation, industrialisation, and urbanisation with their accompanying improvement in population health status, morbidity and mortality, along with improved child survival and contraceptive use. However, little attention has been given to the prevalence of primary and secondary infertility on fertility levels and change over time.

This is of significance in the Jamaican context where sterility has historically been an important factor dampening birth rates. This dissertation examines the levels, trends and correlates of infertility over the last 40 years to quantify its contribution relative to other factors such as contraceptive prevalence, deemed responsible for fertility decline.

The prevalence of primary infertility is estimated to be 40 per cent in 1989 and in 2002, among sexually active women of childbearing age, thoughthere was an increase in the interim. In the case of secondary infertility, about 60 per cent of women experienced this condition over the four survey years. The level of childlessness recorded in the 2001 census was 30.5 per cent, and this is similar to the level recorded in RHS of 2002, which was 29.6 per cent.

The extent of fecundity impairment among women of childbearing age was 31 per cent in 2002. Impairment is found particularly among women over age 30, mothers, women in stable unions, and women with the lowest levels of education. These women have difficulty conceiving, have experienced foetal loss, or have waited at least two years without conceiving.

The use of the Bongaarts framework revealed that in 1989, 15 per cent of the reduction of total fecundity to observed fertility was attributed to primary sterility. By 2002, the contribution had declined to seven per cent. Contraception continues to play a major role in reducing fertility from the maximum possible, while sterility plays a lesser role.

Highlight of key findings/ conclusions from the thesis

Although similar levels of childlessness were recorded in the census of 2001 (30.5 per cent) and reproductive health survey of 2002 (29.6 per cent), the decline in childlessness reported in census data (1991-2001) is greater than the extent reported through fertility surveys (1989-2002).

Both census and survey data show that the proportion of mothers between age 15 and 49 with small family sizes of one-two children has increased, while those with three-five children have increased only slightly, and those with six and more children have declined. This has helped to keep fertility as low as it is. The shift in the desire for children among the youngest women 15-19, evident from the increase in the per cent desiring no/no more children among childless women and mothers in this age range, also point to changing childbearing norms.

In spite of the fact that most women achieve motherhood, women in Jamaica are not achieving their desired family size as many have never had a pregnancy, are not able to become pregnant and are not exercising any form of fertility limitation. Women who have one child have difficulty having more children; this is due primarily to subfecundity. A larger proportion of mothers rather than the childless are found to have fecundity impairment, especially those over age 40. The proportion of women with impairment is higher among those in marital and common-law unions and among women with primary education or less.

The prevalence of infertility and impairment described in the study suggests that fertility constraints are contributing to the low levels of fertility and population growth observed. We, therefore, recommend that health screening for conditions related to infertility be introduced so that women may achieve the family size they desire and greater control over their fertility.

The decline in fertility in Jamaica has been impacted mainly by contraceptive use and to a lengthening of the duration of the postpartum period of infecundability, while permanent sterility plays a much lesser role.