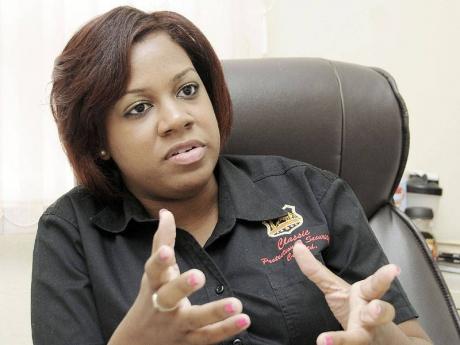 Jamaica is without a sexual harassment policy: there are challenges, health problems and the need for a national policy framework. Below is the second part of a paper on the subject. See Flair of Monday, April 9 for part 1.

According to one scholar " ... the child advances in age and leaves the toddler stage, younger boys begin to follow and mimic older boys at play and in carrying out agricultural chores" and that "small girls of the same age are directed towards domestic activities and are found following and mimicking the activities and behaviour of their mothers " ... (Durant-Gonzalez, 1976). Using a national cross-sectional probability sample of 2,848 Jamaicans aged 15-74 years old, Wilks et al. (2008) found that 95 per cent of Jamaicans aged 15-74 years have had sex, 77 per cent reported at least one sexual partner in the last 12 months, and 88 per cent of those aged 15-24 years have had sexual intercourse.

Ricketts (1999) posited that the culture supports childbearing of female teens, and that it is critical for a female to establish womanhood. Within the aforementioned culture, in order to protect the sexuality, reproductive rights of women and respect for the bodily integrity of women (Berer, 2004), a legislative framework is necessary.

Gayle et al postulated that in 2004, Jamaica had no sexual harassment policy, and women's organisations have been lobbying for it for some time now, yet in 2010, no national policy has emerged from the legislators although sexual violence, sex and sexual coercion continues unabated in the society. Because there is no national policy framework which outlines the conceptualisation, the consequences are emotional and psychological abuse, neglect, sexually transmitted infections and more sexual abuse in a milieu without a well-defined position on sexual harassment.

It can be argued, therefore, that government policy is needed to curtail sex between people because without this legislative framework, powerful men will prey on the economically challenged, children, adolescents, women and those in the socio-economic margins of society. Simply put, the lack of a sexual harassment policy reduces social justice, sexual autonomy and respect for the body of the aforementioned people.

The consequences of sexual harassment are most detrimental and may have vast and multidimensional effects on the victim, the harasser and the organisation in which the harassment takes place.

In the case of Meritor Savings Bank v Vinison in 1986, the Supreme Court of the United States in its rulings set the precedent for three important factors; it defined the quid pro quo aspect of sexual harassment; it legitimised the second category of sexual harassment as being hostile work environment; and it laid the foundation for employer liability as it relates to sexual harassment (Britannica's Editorial Board of Advisors, 2010).

The Supreme Court ruling (US) in 1986 made sexual harassment an issue which could not only legally affect the harasser but the employer as well for failing to enact policies which would thwart its occurrences. Tindigarukayo (2006) found that in the fiscal year of 2004, US Equal Employment Opportunity Commission received a total of 13,136 charges of sexual harassment and in the fiscal year of 2003 gained $37.1 million in monetary benefits from those persons and or organisations found guilty of sexual harassment. Therefore, countries around the world - India, United States of America, Australia, Canada and South Africa to name a few - adopted national sexual harassment legislation to give victims redress and to lessen the incidents of such abuse (Hodges-Aeberhard, 1996).

Within the Caribbean, only countries such as Belize, The Bahamas and Guyana have legitimised legislation against sexual harassment. Countries such as Jamaica, Barbados and St Kitts and Nevis have draft bills before parliament.

In the Jamaican context, the country in September 1981 signed the Convention on the Elimination of All Forms of Discrimination Against Women which came into effect in 1984 and deals with the issue of sexual harassment under Articles 2 (Policy Measures and Legislation) and Article 11 (Employment). It has also ratified in 2005 the Inter-American Convention on the Prevention, Punishment and Eradication of Violence against Women (Belém do Pará). Jamaica has also ratified the CARICOM Plan of Action and in 1997 the CARICOM Post-Beijing Plan of Action.

Being a party to such legally binding international treaties, Jamaica is required to have some policy in place to address sexual harassment. In an attempt to bypass the bureaucracy and possibly the costs involved in ushering in a new law, the Jamaican government has encouraged private-sector companies to aid in the battle against sexual harassment by implementing their own sexual harassment policies to govern the workplace.

This cry for action, however, has fallen on mostly deaf ears as most established organisations within the private and public sector do not have such policies, including some of the governmental ministries. There is debate centred on the possible reasons for the lack of in-house policy; some scholars purport that organisations do not have policies against sexual harassment due to organisational culture.

(This study emerged from the Master of Science thesis of Racquel Peters. It was a partial fulfilment of the requirements for the degree of Master of Science in governance and public policy, Uniersity of the West Indies, Mona, Jamaica.)