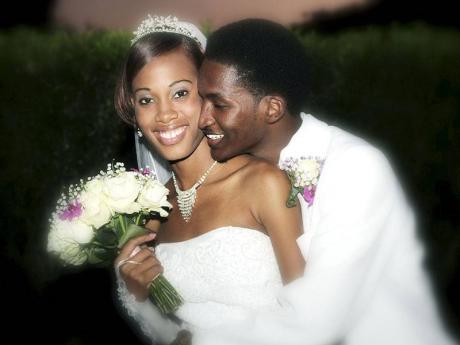 The happy couple Cassandra and Travis Muschette in a loving moment after exchanging vows at Hope Gardens. - Contributed 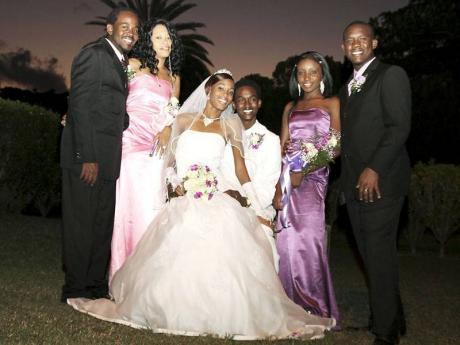 Travis Muschette and Cassandra Edwards met in April 2007 during a peer counselling training workshop organised by the Peace Management Initiative of Jamaica.

They began dating since, but unfortunately the relationship petered out after a year as communication diminished. They kept in touch periodically, sometimes months apart.

Suddenly, a phone call after a long spell ignited the flames and the two decided to resume dating. This time there was no separating.

"We started to fall in love with each other all over again," Muschette told Flair.

He notes that it was not easy as both had changed during their period of separation.

"We grew into a fresh knowledge of each other and our love reached depths that were unexpected."

Muschette threw Edwards a surprise birthday party in July 2011, where he proposed. Of course she said yes, and they began planning their wedding.

The wedding took place on December 2, 2011 in the Pavilion Gardens at the Hope Gardens, with reception following at the same location.

Omar Letford emceed the cocktail-style reception, where guests enjoyed glasses of wine, sorrel and fruitcake in keeping with the 'Christmas atmosphere' that prevades during the month of December.

The officiating minister was the Reverend Isaac McIntosh.

It was a day that none privileged to share in will never forget.